The International Ice Hockey Federation declared that the joint bid by Belarus (Minsk City)
and Latvia (Riga City) to co-host the 2021 IIHF World Championship had won by a close edge against
the Finland bid. Both cities, Minsk and Riga, will hold one group as well as two-quarter final matches,
whereas the two semi-final matches and the medal matches would be held at the Minsk Arena.

Bringing together the very best in ice hockey from around the world, the championship is an essential date on any ice hockey fan’s calendar. Minsk and Riga are the host cities of the 2021 Ice Hockey World Championships.

Visitors can choose from five-star luxury apartments and historic hotels, or opt everyday home comforts with familiar chains and internationally established hotels close to both Minsk Arena in Belarus and the Arena Riga in Latvia.

Mini-Hotel La Menska is situated in Minsk, within... read more

This hotel is located 2 km from the... read more

Located in the central part of Minsk, 350... read more

Sport Time Hotel is located in the North-West... read more

Offering a restaurant and a fitness centre, Victoria... read more

Within 5 km of Palace of Republic and... read more

Conveniently set in the centre of Minsk, Sauna... read more

Situated in Minsk, 5 km from Palace of... read more

Those visiting Minsk for the 2021 championship will find plenty of choice when it comes to finding the perfect hotel for their stay. Accommodation can be found to cater to a range of budgets, meaning guests won’t break the bank when in town for the World Ice Hockey Championship.

On the other hand Riga, the capital city of Latvia, offers some of the most breath-taking city sights in eastern Europe, beautiful located on the banks of the River Daugava.

For those looking to make a saving on hotels, both Minsk and Riga offers plenty of budget friendly rooms and accommodation, perfect for those after simple comforts while they enjoy the championship schedule.

These are some of the best hotels ;

Slavyanskaya Hotel is situated in the city of Minsk, approximately a three-minute walking distance from the Minsk Arena. The hotel offers accommodation, a la carte restaurant as well as a shared lounge. The lodges in this hotel have a flat-screen Television and are air-conditioned. The lavatories have a hairdryer and free toiletries. The advantage of this hotel is that it is situated a 40-minute drive from Minsk Airport, and only a 5-minute walking distance from the Masyukovshchina railway station.

The hotel is situated approximately 6 km away from the Minsk CBD. While at the hotel you can be assured of a comfortable stay in the luxurious rooms. The hotel is indeed one of the best 4-star hotels found within the city of Minsk. The hotel provides its clients with the best and high-quality free wifi connection. Other key services the Victoria Olimp Hotel & Business centre Minsk offers its clients include restaurant services, gym services, parking, spa, as well as car rental services. The hotel also cares for the physically challenged guests since its facilities were designed with features that aid the physically disabled individuals.

Hotel Avitar offers its clients comfortable and pocket-friendly stay in Riga city, Latvia. The hotel is situated 2.5 km away from the old town of Riga and only 800 m from the Arena Riga. The hotel’s rooms provide guests with various amenities including the best free high-speed wifi connection for the visitors to access the internet, clean private lavatories with hairdryers and a refrigerator. There is also free parking for guests in addition to an on-site high standard restaurant that makes your stay enjoyable.
.

The Royal Casino SPA & Hotel Resort is situated in the CBD of Riga city just an 8-minute drive away from the railway station and the old town. The hotels provide the best and most prestigious suites and a beautiful spa centre. Other facilities available in the hotel include a beauty parlour, a gym area and an entertainment centre to make your stay there enjoyable. The hotel also features a Royal Casino, Tutti Frutti, and free wifi in addition to a free parking area. 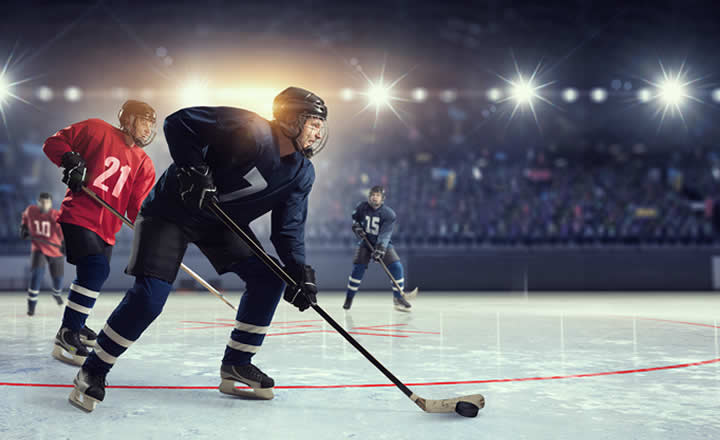 The International Ice Hockey Federation Council (IIHF) approved that the 2021 Ice Hockey World Championships would be co-held by Belarus and Latvia. The games will start on 7th May 2021 and end on 23rd May 2021. The Belarusian capital city, Minsk, is occupied by around 2 million people. The Minsk Arena with a 15,086 seat capacity will serve as the main venue and it will two quarter-final matches, two semi-final matches, host matches of one group, and the medal matches.

On the other hand, Latvia’s capital, Riga will be the venue for the other two-quarter final matches and the other group matches. Riga is inhabited by around 640,000 people. Arena Riga has a 14,500 seat capacity and will co-host the 2021 World IIHF Championships with the Minsk Arena.

Minsk is the capital city of Belarus where the Minsk Arena is situated. The city is home to close to 2 million residents. The Minsk Arena is best multi-use interior sports arena that is one of a kind in its usage and complexity not just in Belarus but as well across Europe. The Minsk Arena consists of four places that include the arena itself, a cycling track (with a capacity of 2,000 fans), a skating stadium (with a capacity of 3,000 fans), and a multi-level parking area. The arena encompasses a multi-sporting and entertainment complex that can accommodate 15,086 fans (rendering it the biggest full-time arena).

Other sporting events that are held in the Minsk-Arena include figure skating, entertainment concerts and performances, as well as short-track speed skating games. The Minsk Arena contains three hotels, seven coffee outlets, as well as several VIP accommodation lounges where guests and visitors can stay comfortably.

Riga is the capital city of Latvia that is home to over 600,000 residents comprising a third of the country’s total population. Riga city is situated at the Gulf of Riga near the Daugava river where it joins the Baltic Sea. Riga city is home to the Arena Riga that is a famous interior sporting arena in Latvia.

Arena Riga is mainly used for hosting ice hockey sporting events, basketball events, as well as various entertainment concerts. It was officially launched on 15th February in the year 2006. Arena Riga was constructed to be utilized as one of the places for hosting the 2006 International Ice Hockey World Championship alongside the Skonto Arena.

The 2019 championship will be held in Slovakia at the Steel Arena in Kosice and Ondrej Nepela Arena in Bratislava, both just a short trip from the city centre, making for quick and easy transfers from guest accommodation and hotels all over both cities.

Once the world championships are over, travellers can make the most of their trip and take time to enjoy the historic cathedrals and first-rate museums that make both cities famous.