Cheap Hotels and Hostels near Athens Airport (with Shuttle Service)

The Athens International Airport is your gateway to Greece, with fuss-free connections and shuttle transfers to the Greek capital itself and beyond. Athens’s main airport is one of the busiest in Europe, serving thousands of flight and millions of passengers annually.

If you’re in town on business or holiday, it’s easy to find hotels close to the airport, with affordable accommodation for a frill-free overnight stay. Those looking to make the most of their budget can choose from cheap hotels and privately rented accommodation for more basic home comforts that won’t cost a fortune. Some hotels near Athens Airport offer a ‘free’ shuttle service.

There are no hostels really close by, the nearest hostels are located in Athens city centre.

Situated right on the beach in Vravrona Bay,... read more

Once Upon A Time

Find The Perfect Hotel For Your Trip To Greece

Planning a trip to Europe? No trip to the continent is complete without a visit to Athens, one of the most historic cities in the world, boasting iconic landmarks and heritage sites at every turn, and a city steeped in centuries of rich culture and tradition.

Those on a tight travel budget need not worry about breaking the bank, with cheap hotels and affordable holiday accommodation on offer throughout Athens.

It’s enjoy to enjoy the five-star treatment with luxury hotels just moments from the heart of the Greek capital.

Offering all the classic home comforts and professional service for international guests and visitors, familiar hotel chains can make a great choice, with cheap rooms and easy add-on services for transparent pricing.

Don’t waste a second of your trip to Greece, with luxury accommodation in the centre of town. Enjoy the finer comfort of five-star living, with sterling customer service and concierge support in international languages for foreign travellers.

Discover more than 4000 years of human civilization right on the door step with iconic landmarks like the Acropolis and Parthenon, along with some of the most renowned museums and exhibitions on Greek History in the world.

Still the cultural capital of Greece, the city plays host to the biggest sporting and cultural events in the country. In town to catch a league match at the Olympic Stadium or Georgios Karaiskakis Stadium ? It’s easier than ever to find ideal accommodations and the best hotels, with great rates on group bookings, and promotional discounts for those in town for big events and exhibitions.

When staying in the city for a couple of days, than you can opt to take a day trip to for example Delphi or Mycenae Epidaurus.

Arriving at Eleftherios Venizelos international ? The airport’s shuttle provides a cheap and consistent bus service into the centre of the city for arrivals throughout the day.

International visitors looking for cheap travel should make the most of free shuttle bus services to and from the airport, with affordable public transport on the city’s metro system providing easy transfers to key points across town.

However long you’re in town, it’s easy to find hotel rooms and holiday apartments to suit any budget.

The closest and one of the most luxurious hotels beside Athens Int. airport is 5 star luxury Sofitel Athens Airport, located opposite Athens International Airport just 10 kilometres from museums and 27 kilometres from Athens city centre.

Many of these accommodations offer a free shuttle service transport to/from the airport terminal.

You will find cheaper hotels a bit further away from the airport in Athens city centre. Cheap value-for-money hotels are easy to find in a convenient location within walking distance of the national gardens and Syntagma Metro Station. 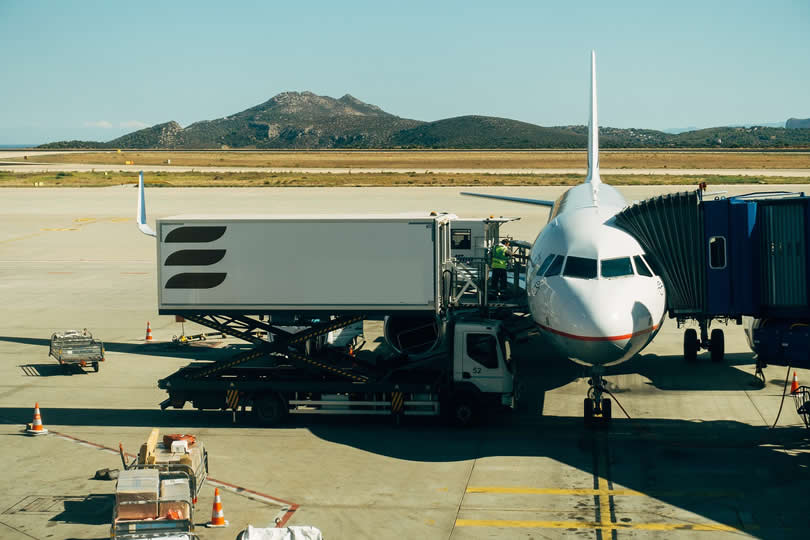 This airport is the largest European gateway airport to the Middle East. It has two terminals: the Main Terminal, and the Satellite Terminal accessible by a foot-tunnel from the Main Terminal.

Flights arrive and depart to popular destinations across Europe throughout the day, with long-haul services and flights opening up Greece for international travellers. Reliable free shuttle transport and taxi services provide convenient travel to hotels and destinations around Athens.

Driving Directions : The airport is accessible via Attiki Odos, the Athens ring road.

Car Hire — Avis, Budget, Europcar, Hertz, National/Alamo and Sixt are all represented. They are located in Arrivals in the Main Terminal.

Public Transport — #Rail : The airport is linked to Athens Central Railway Station (Larissis) and the cruise and ferry port of Piraeus by the Suburban Rail system. Metro services also operate between the airport and the city. Detailed service information is available from the Athens Urban Transport Organisation

— #Bus : Several bus routes connect the airport with Athens and Piraeus daily, 24 hours. Some connect with the metro. Two KTEL express services run between the airport and Markopoulo and Rafina. KTEL services also run to Lavrio, Kalyvia and Keratea; coaches depart from the Arrivals level of the Main Terminal, near door 5.

— #Taxi: Taxis leave from outside the Arrivals level of the Main Terminal Building.