The closest hotel is the Hilton Garden Inn, located right at the airport terminal. When staying here you can easily walk to the departure terminal. Several other properties are located within easy reach of KRK airport (within 10 minutes drive). Some offer a free shuttle service, or for a small fee. Check out 4 of the best hotels near Krakow International Airport in Poland.

Accommodation in Poland near KRK International

Only 4 km from the city centre, you... read more

Hotel Bona is located close to the Tyniec... read more

This hotel is situated in Tyniecki Landscape Park... read more

Located a 15-minute drive from Kraków-Balice airport and... read more

Margerita is located in the surroundings of the... read more

Sofia Bed & Breakfast is located in the... read more

Dworek Magnat is located 5 km from the... read more

Aparthotel Styl is situated in a beautiful green... read more

Pokoje Pod Różą is located in Rząska and... read more

Situated in Kraków and with Wisla Krakow Stadium... read more

HOTEL A4 Airport Kraków MOP Morawica is a... read more

The airport consists of an International Terminal (T1) and a separate Domestic Terminal (T2) with yearly capacity of three millions and half million passengers respectively. Plus there is a cargo terminal that accommodates a 755-sq-meter warehouse, custom agencies, and shipping companies.

The Krakow Airport’s International Terminal handles separately passengers of Schengen and Non-Schengen flights. Gates 6, 7, and 8 are used for departures for destinations within the European Union’s Schengen Zone of simplified border controls. Passengers boarding planes bound for airports beyond the Schengen Zone use gates 1, 2, 3 and 4. 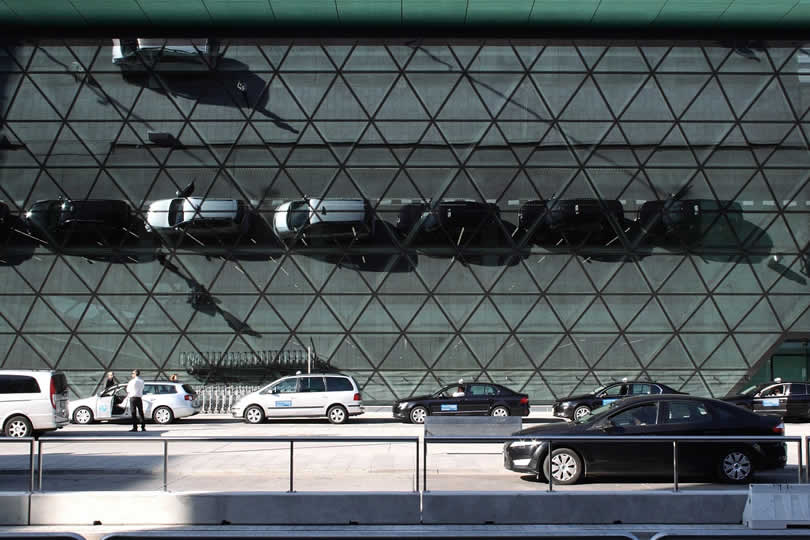 Location — The John Paul II International Airport Krakow-Balice is located in the south of Poland, 11 km to the west from Krakow, situated conveniently on the Balice outskirts of the Krakow city centre (best areas).

Time zone — Poland is in the Central European Time zone (CET), 1 hour ahead of GMT and 6 hours ahead of the eastern United States.

Car Hire — Rent-a-Car offices are located in the public part directly opposite the exit from the domestic and international arrival lounge. National, Avis, Budget, Europcar, Hertz.

— #Bus : Two bus services are available at a stop situated about fifty meters from the International Krakow Terminal T1. — #Taxi: Taxi stands are situated by the both passenger terminals.