Ernst Happel Football Stadion is the national stadium of Austria and beautifully positioned in the Prater park. It’s the home ground of the Austrian National Football Team. The ground is named after the great player and coach Ernst Happel. He led Feyenoord to win the European Champions cup. The stadium was formerly known as The Prater Stadium.

There is a huge choice of hotels, b&b’s and cheaper hostels within easy reach. Accommodation is located directly on the banks of the Danube River, or properties are located just a short metro ride away in the city centre of Vienna. Check out below the best hotels near Ernst Happel Stadium.

Located directly on the banks of the Danube... read more

Just steps away from the Danube River, these... read more

Motel One Wien-Prater is right next to the... read more

Situated within 1 km of Messe Wien and... read more

Ideally located in the 02. Leopoldstadt district of... read more

Prater Apartments is set in the 02. Leopoldstadt... read more

Ideally set in the 02. Leopoldstadt district of... read more

Modern apartment near WU, Danube and Prater in... read more

The stadium was designed by Architect Professor Ernst Schweizer using the Roman amphitheatre as his model. When it opened in 1931 the stadium could hold 60,000 spectators. The capacity of the stadium increased in the 1950s to 91,150. In 1960 the a highest attendance of 90,726 was recorded during an international match between the Austrian and USSR national teams.

The stadium was refurbished for the Euro 2008 tournament, and hosted three group matches, a quarter-final, a semi-final, and the final between Spain and Germany. Currently the Ernst Happel stadium has a seating capacity of 50,000.

Throughout its history the stadium has played host to a number of major finals, such as the European Cup final in 1964 between Internazionale and Real Madrid, in 1970 between Manchester City and Gornik Zabrze, in 1987 between Porto FC and FC Bayern Munich, in 1990 between AC Milan and Benfica Lisbon and the Champions League final of 1995 between AFC Ajax Amsterdam and AC Milan.

Ernst Happel Stadion is the home ground of the Austrian National Football Team. 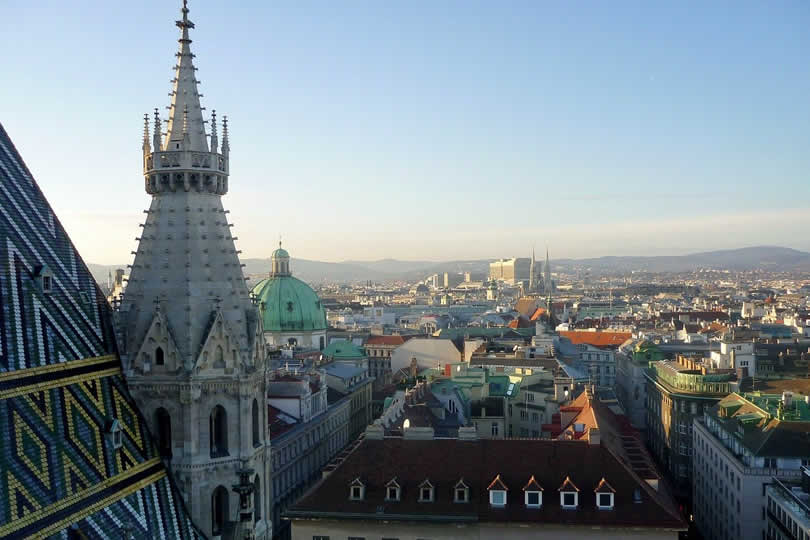 Location — Vienna, Austria. Vienna is the largest city and capital of Austria. The main tourist attractions are the imperial palaces of the Hofburg and Schönbrunn and the Riesenrad in the Prater.

Other highlights include the Burgtheater, the Wiener State Opera concert house, the St Stephens Cathedral or Dome in Vienna Stephansplatz, and the Lipizzaner horses at the Spanish horse riding school.

By Car — from the A4 motorway drive towards Vienna’s city centre and take the B221 exit toward Erdberg. Turn right onto the Stadionallee and follow until reaching Ernst Happel football stadium.

By Underground — metro line U2 to station “Stadion”. Trains operate in 3 or 4-minute intervals (2-minute intervals at peak times, e.g. when a match is finished). Hours of operation will be extended if a match ends later than expected (e.g. extra time, …).

Where to Stay in Vienna ?