A few hotels are directly connected to terminal 2 or 3, several other properties are located within easy reach of the airport. Some establishments offer free shuttle transfers to/from the airport terminals.

Next to London Heathrow Airport, this 4-star hotel... read more

Just a 5-minute drive from Heathrow Airport, the... read more

This friendly, family-run hotel offers a warm and... read more

The Sofitel Heathrow has direct access to Terminal... read more

Situated 20 miles from London, on the River... read more

On the eastern perimeter of Heathrow Airport, Hilton... read more

This private boutique hotel is in the historic... read more

Located in Stanwell in the Surrey region, RC... read more

Set in Harmondsworth, 44 km from Reading, The... read more

Located in Stanwell in the Surrey region, Modern... read more

Located in Harmondsworth, 41 km from Reading, The... read more

5 Main Factors when Looking for a Hotel

For others who travel internationally and wish to stay in London they also look for hotels near LHR airport, but for the reason of staying longer than a couple of days. In order to help both parties it is wise to research five main factors when looking for a hotel.

1. The first is understand what it is you want and ensuring that you stick to it during your search.

Before looking for accommodation, list what you want during your stay, this way you are able to make sure you don’t spend any unnecessary money on extras that are unneeded.

2. Another factor is the location. Depending on how close to the airport will affect the price, with the closer you get the more expensive it will be.

This can seem to determine the quality of the accommodation, but this is not necessarily the case, with some cheaper hotels offering the amenities perfect your stay.

3. A third is finding the perfect deals. When looking at our website there can be some offers made available during parts of the year or for last minute bookers. All prices available for all hotels in the area are listed and ensure that the best priced one is located for you.

4. Next it is best to discover the best way to travel to and from the accommodation. For some it may mean driving to the hotel causing you to spend on fuel, as well as parking fees. With the price in train fares constantly rising this will also be taken into account.

Then there is the travel to and from the hotel to the airport itself, some a perfect walking distance to the airport whilst others require a simple taxi journey.

5. Finally you have to determine how long you’re staying for. If you are only staying for a day it would be wise to look for the cheapest hotel seeing as you won’t be there for long, it’ll cut costs whilst ensuring that you are within easy access of the airport.

For those who are international it is best to choose a hotel that will ensure you gain the most from your stay, with those staying longer than a couple of days wishing to spend a little bit more.

Ensure that you keep in mind these five factors and it should ensure that you find a hotel that is cheap and affordable whilst giving you all that you need from your stay. 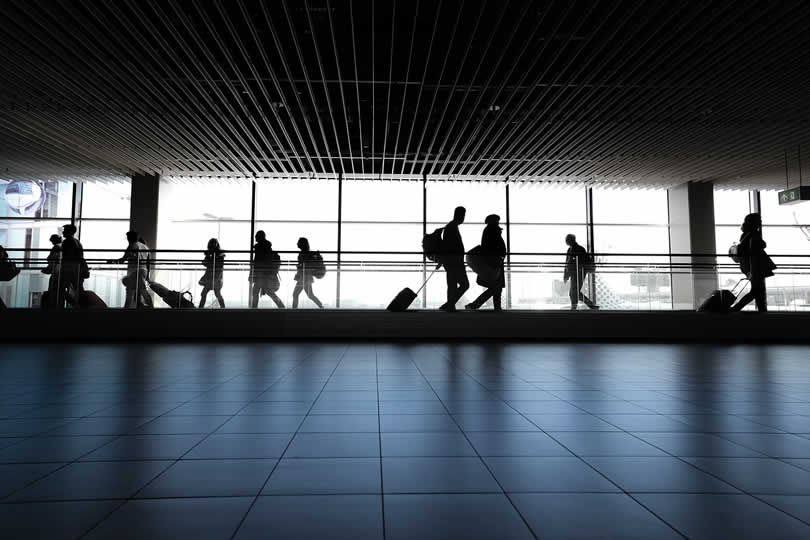 Heathrow is one of six airports serving the London area, along with Gatwick, Stansted, Luton, Southend and City airport.

The newest terminal at LHR is terminal 2 or Queen’s, used by all Star Alliance flight members. Terminal 5 is used by British Airways and Iberia, the main airline in Spain. The oldest terminals, 3 and 4, is mainly home to Oneworld member airlines and the SkyTeam alliance.

Visitors looking for budget hotels, hostels or b&b’s inside or within easy reach of one of these terminals can book one of our special cheap deals for accommodation. Several properties are located inside Heathrow airport in London. These establishments are connected to either terminal 2, 3 or 4.

Location — London Heathrow airport is located 24km (15 miles) west of the city of London. The Heathrow Express train service runs regularly from the airport to the very heart of central London, with a journey time of just 21 minutes.

Car Hire — Alamo, Avis, Enterprise, Europcar, Hertz and National are all represented at each terminal.

Public Transport — #Rail : The frequent Heathrow Express non-stop train service to London Paddington Station takes 15-20 minutes. Paddington is served by mainline national rail routes to the west and south west of England, and is on the London Underground network. From London Victoria Station (see hotels), served by the National Express service (see below), passengers can connect with mainline train services to the south and east of England.

–#Underground: The airport is also on the London Underground’s Piccadilly Line, which can take passengers into the best central London hotels (journey time – 50 minutes).

— #Coach: Coaches connect the airport to more than 500 destinations throughout the UK.

Where Should I Stay ?