Hotels near John Cabot and The American University of Rome

The Trastevere district is one of Rome’s most characteristic and charming neighbourhoods. The heart of this district is the lovely Piazza di Santa Maria, a square full of students, musicians and performers. There is an excellent choice of great value hotels which are surrounded by historic buildings, traditional Roman squares, and cobblestone-covered streets.

Located in the area is John Cabot American University which includes three campuses: the Frank J. Guarini Campus, the Tiber Campus, and the Caroline Critelli Guarini Campus. A good amount of good value hotels, aparthotels, excellent guest houses and b&b’s can be found within easy walking distance of the different campuses. Check out below some of the best hotels.

Distance to Universities: 4 – 15 minutes walk
Self Catering Studio & Apartments, Near Centre of Trastevere

This former monastery overlooks a peaceful courtyard where... read more

Hotel Navona is housed in a restored 15th-century... read more

Offering views of the Vatican and St. Peter’s... read more

Hotel Carmel is located in a residential area... read more

The design hotel Abitart is situated in the... read more

Set in the chic residential Aventino area of... read more

Residenza San Calisto is set in a renovated... read more

Offering free parking in the centre of Rome,... read more

Villa Agrippina Gran Meliá – The Leading Hotels of the World

Offering rooms with free WiFi and a satellite... read more

Located in the heart of Rome, Argentina Residenza... read more

Set in a historical building in the Roman... read more

Boasting a panoramic terrace with views of Piazza... read more

Conveniently located in the Pantheon district of Rome,... read more

Ideally situated in the Pantheon district of Rome,... read more

Well situated in the Pantheon district of Rome,... read more

Rome Trastevere is one of the cities liveliest areas. The area is separated from the heart of central Rome by the river. The Trastevere district is characterized by narrow, cobbled streets, medieval-era dwellings, and its large student population.

The heart of Trastevere is Piazza di Santa Maria in Trastevere, a pedestrianised square piazza lined with restaurants and bars. The Trastevere area is home to an artistic community, which tends to attract American artists and other foreigners. On Sunday mornings there’s a very popular flea market held there called Porta Portese. 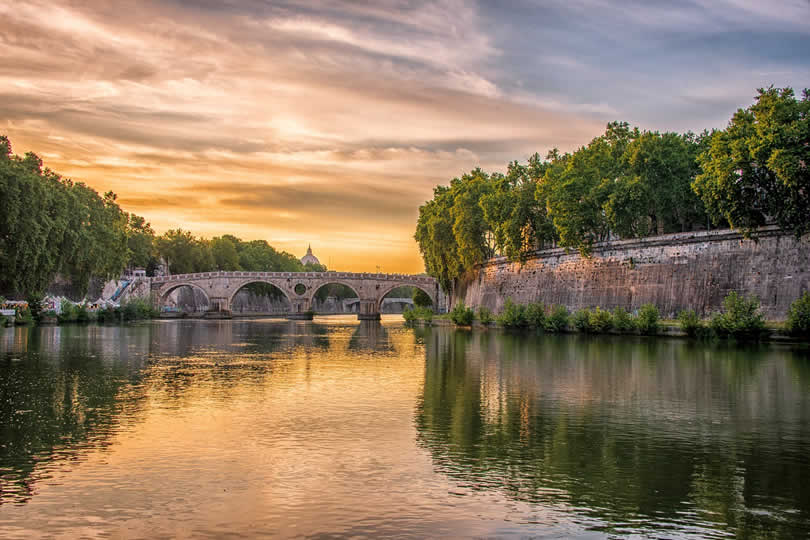 The American University of Rome AUR — oldest degree-granting American university in Rome. The University campus is located on the Janiculum hill, Rome’s highest hill. Most of its buildings are located on Via Pietro Roselli.

American Academy in Rome — research and arts institution located on the Gianicolo (Janiculum Hill). The Academy serves as a “home” to visiting U.S. scholars, and artists having been awarded the Rome Prize.

University of Waterloo School of Architecture — university offering a professional program in architecture accredited by the Canadian Architectural Certification Board. The studio of the University in Rome is located on one floor of a 16th century palazzo located next to Piazza di Santa Maria in Trastevere.