The Nurburgring racecourse, in Germany, opened in 1927 becoming a year round destination experience. Many different racing events are held throughout the year, utilising the appeal of both motorcycles and race cars.

All the events draw crowds of tens of thousands of excited racing lovers and families, promising entertainment and excitement not matter the season. When it comes to visiting the circuit there is a variety of accommodation available and accustomed to each individual needs, offering many hotels and bed and breakfasts both near the racetrack itself, or within the region itself.

Check out some of best hotels near Nürburgring.

This 4-star hotel is next to the start... read more

This 3-star hotel in Nürburg is part of... read more

This 3-star hotel in the health resort of... read more

Only 3 km from the Nurburgring race track,... read more

This 4-star holiday park is a 10-minute drive... read more

This 3-star hotel in the village of Nürburg... read more

This family-run hotel offers rooms and apartments with... read more

This family-run hotel enjoys a quiet location in... read more

This country-style guest house is quietly located in... read more

Gästehaus Lara is quietly situated in Wimbach. The... read more

These family-run studio apartments are located in Kelberg,... read more

Landhaus Tannenhof is offering accommodation in Lind. There... read more

Offering a barbecue and views of the mountain,... read more

Set in Döttingen in the Rhineland-Palatinate region, Haus... read more

Bistro im Ring is situated in Quiddelbach and... read more

Located in Nürburg and with Nuerburgring reachable within... read more

Located in Oberbaar, Hotel am Brünnchen features a... read more

Set in Reimerath, Pension Schwedenkreuz has a garden,... read more

Rooms4ring Privatzimmer am Nürburgring has a garden and... read more

Gästezimmer am Bachlauf is set in Leimbach and... read more

Situated in Acht in the Rhineland-Palatinate region, Ferienwohnung... read more

Located in Adenau in the Rhineland-Palatinate region, [E]... read more

Set in Leimbach in the Rhineland-Palatinate region, Gästezimmer... read more

Apartment Backesgarten is located in Neichen. The accommodation... read more

Several properties are located right at the race track near the start and finishing line. Some offer rooms with of the circuit. These hotels are all rated between 3-4 stars. In order to accommodate for the individual the style of each accommodation is decorated in its own unique way. Some present a comfortable and rustic experience, with visitors staying in luxury rooms.

When picking between the vast array of hotel or b&b accommodation available in and around the circuit, it’s important to look into what appeals to you as a guest the most.

That way you’ll be able to get the best out of your stay in Nurburgring, whilst being able to enjoy the excitement of the racetrack. The options can either be cheap and affordable, ideal for a family visit, or for luxurious for those who wish to partake in the business side or the more hard-core fans of the track.

For or those who wish to avoid the hustle and bustle of the circuit area, there are plenty more hotels and B&Bs to offer located around the region itself. There are also more sleek and modern buildings available with the latest fittings and furniture. In terms of entertainment each accommodation has amenities perfect for relaxation and entertainment from casinos to beer gardens.

All rated between 2-4 stars, the accommodation equals that of those located near the track. In order to make you feel like you aren’t missing out on any of the excitement the hotels are located near similar venues (casino and pubs).

This also gives you the opportunity to take in the beauty of the Nurburgring area, visiting historical and picturesque locations, in between the ecstatic rush of the course itself.

Offering an alternative to the typical hotels available near and around the venue is the option of camping. For the more rustic guests, this opportunity allows those to pitch up a tent and relax under the stars, taking full advantage of the beautiful scenery; being surrounded by acres of green and picturesque fields and trees.

Depending on the campsite, entertainment and food will be provided to the camping guests, with a 24 hour service being made available. 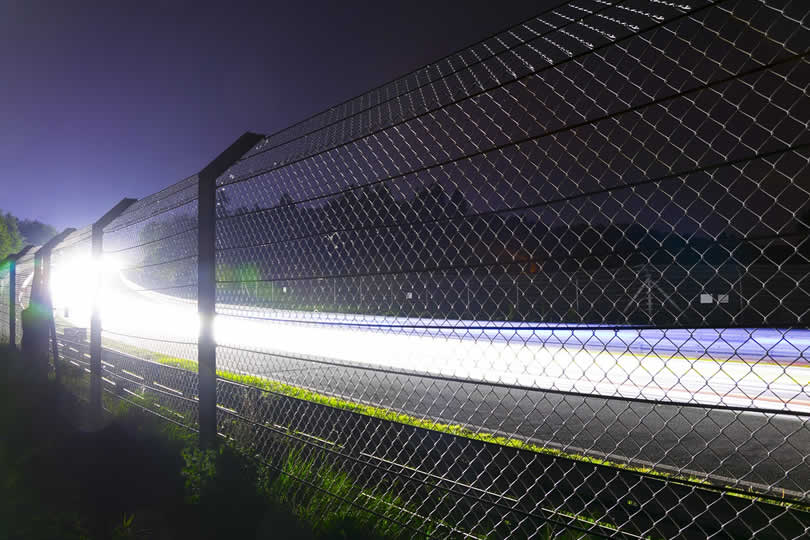 This race track is one of Europe’s most famous racing circuits. Called “the Ring”, the venue is located next to the town of Nürburg in Germany.

This 23km circuit was home to the Grand Prix from its construction in 1925 until a crash in 1976 which forced the Formula 1 race to move elsewhere. The circuit features a variety of sections, including some incredibly fast areas.

The smaller 5km circuit was created in 1984 which now occasionally hosts Formula 1 races. Various other types of motor racing are held here, and the Nürburgring also hosts many driving enthusiasts who can pay a fee to race their car on the circuit.

For those who wish to be as close to the excitement and entertainment as possible Nurburgring possess a number of hotels and B&Bs next to the track. Each accommodation presents this serene area of Germany through the beautiful landscapes and amazing entertainment, appealing to the young and the old.

Directions — Nurburg is easily accessible from Germany’s superb autobahn network. From the north, any of the routes that converge on Aachen, Cologne or Bonn can be used whilst from the south, it may be approached using the E44 from the direction of Luxembourg or the E31 from Frankfurt.

Visitors from the UK and Ireland can fly directly to these airports. easyJet operate regular services to Cologne/Bonn from London (Gatwick), East Midlands and Liverpool airports, germanwings from London (Stanstead) and Lufthansa from London (Heathrow). Ryanair fly from London (Stansted), Glasgow (Prestwick), Dublin in Ireland, Shannon airport and Kerry to Frankfurt Hahn.