The Red Bull Arena Football Stadium is the home ground of FC Red Bull Sazburg. The ground lies in Wals-Siezenheim, a municipality in the district of Salzburg-Umgebung (Flachgau) and was officially opened in March 2003.

The club was founded in 1933 and was known as SV Austria Salzburg. There is a good choice of hotels, b&b’s and cheaper hostels within easy reach of this football ground. Accommodation located next to the A1 motorway (Salzburg – Vienna) or hotels located near the airport or right in the heart of the city.

This 4-star hotel is located between Salzburg Airport... read more

The family-run Hotel Junior is located half-way between... read more

Dating from the early 20th century, this 3-star... read more

Located in Salzburg, only 3 km from the... read more

Bright and cozy apartment in a quiet area... read more

Set in Salzburg in the Salzburg region, Villa... read more

FC Red Bull Salzburg is based at the Red Bull Arena football stadium in Wals-Siezenheim Austria.

The opening match was played in 2003 between SV Wustenrot Salzburg and FC Karnten. The stadium could initially hold 18,250 spectators but was expanded for the Euro 2008 football championship. The first match at the expanded stadium was played against Arsenal football club from London on the 25th of July 2007.

During and before the Euro 2008 football championship the stadium was known as the EM Stadion Wals-Siezenheim. It hosted three group matches during Euro 2008 and has a seating capacity of 31,895. 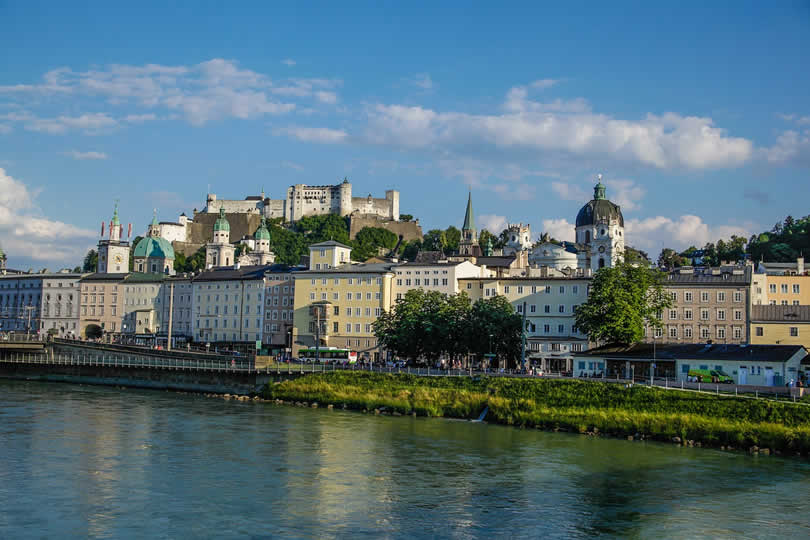 Location — Red Bull Salzburg games are played west of the city centre, adjacent to the A1 motorway. On matchdays the club offers a shuttle service to the stadium from Salzburg Messe conference and exhibition centre, further north along the A1.

Directions By Car — The stadium lies adjacent to the A1 motorway. Take exit 293 toward Kleßheim.

The stadium can be reached by bus with the O-Bus 1, 10 and 18 from the main railway and bus station. You have to take the bus in the direction of Kleßheim Kavalierhaus and get off at Stadionstrasse on the east side of the ground.

Nearest Airport — the closest airport is Salzburg’s Wolfgang Amadeus Mozart airport, situated around 3km or 2 miles from the city centre. The airport is a gateway to Austria’s numerous and vast ski areas, including the Ski Amade region.