Stay close to The Hofburg

Stay close to the Spanische Hofreitschule or Spanish Court Riding-School. Many excellent hotels can be found within easy walking distance.

Hotel Beethoven is located in a quiet side... read more

The Schlosshotel Römischer Kaiser is one of Vienna's... read more

Hotel Admiral is centrally located in the very... read more

Vienna's oldest hotel is located directly in the... read more

The Arthotel ANA Amadeus is centrally located in... read more

The K+K Palais Hotel is situated in the... read more

Hotel Kaiserin Elisabeth is located in the heart... read more

Only a 3-minute walk from the Vienna State... read more

The traditional Hotel Sacher is located in the... read more

Located on the historic Ringstraße boulevard opposite the... read more

Ideally set in the heart of Vienna, only... read more

This modern boutique hotel is located right in... read more

Located directly opposite the Stadtpark, the Vienna Marriott... read more

Situated in various locations of central Vienna, the... read more

Located in the heart of Vienna, Hotel Wandl... read more

The Ritz-Carlton, Vienna is located in 4 historic... read more

Built as a hotel for the World Exhibition... read more

The Park Hyatt Vienna is located in the... read more

Ofenloch Apartments is located in the historic centre... read more

Located in the centre of Vienna, HeyMi Apartments... read more

Spanish Riding School is a traditional riding school for Lipizzan horses. The performances of the white Lipizzaner horses are held at the Imperial Palace in the city centre of Vienna in Austria. The leading horses and riders of the school also periodically tour and perform worldwide. Hotels, apartments, b&b’s and hostels can be found only a few steps from the Hofburg Imperial Palace.

Location of Spanish Riding School : the horse school is situated between Michaelerplatz and Josefsplatz near the Hofburg Palace in the city centre of Vienna Austria. The Kohlmarkt and Graben luxury shopping streets as well as the St. Stephen’s Cathedral can be reached within easy walking distance.

The horses and riders of the Spanish Riding School regularly tour the world, putting on shows of their unparalleled equestrian skills, nothing comes close to seeing them perform in the grand surroundings of their home city — Vienna.

Nearest Metro Stations : the closest underground stations are Herrengasse U-Bahn Station on U3 line, and Stephansplatz U-Bahn station on U1 and U3 metro line. The school can also be reached by lines U2 and U4 via Karlsplatz station, a bit further away.

Bus Station : get off at Michaelerplatz on bus lines 2A and 3A. 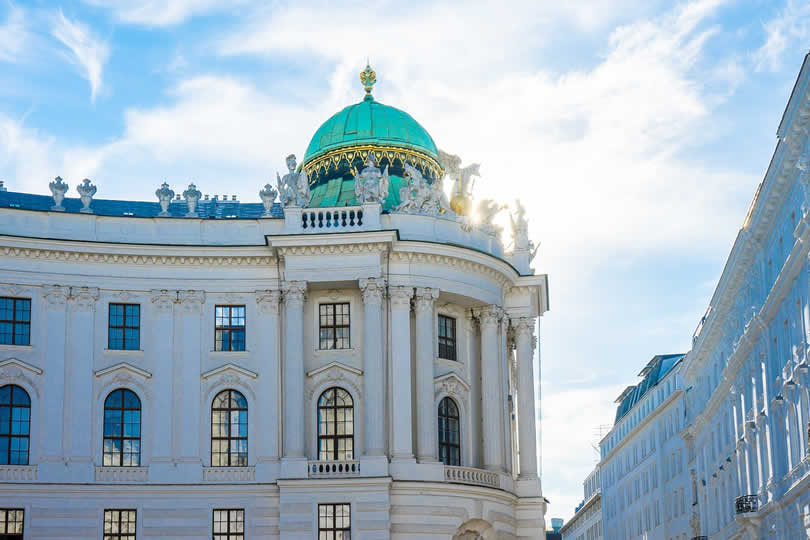 Sights and landmarks near the Spanish riding horse school

Austrian National Library — Österreichische Nationalbibliothek is the largest library in Austria, located in the Hofburg Palace.

Secular and Ecclesiastical Treasury — Imperial Treasury or Schatzkammer displays a collection of 1,000 years of treasures compiled by the Imperial House of Habsburg, including the medieval Imperial Regalia.

The Burgtheater or Imperial Court Theatre — is the Austrian National Theatre, opened in 1741.

Hofburg Congress Center — located in part of the Old Imperial Palace and consists out of 35 conference rooms. The main convention and exhibition centre of Vienna is Messe Wien, Vienna Exhibition and Congress Center.

The Imperial Apartments — former private apartments of the imperial family.

Albertina — houses the renowned collection of Duke Herzog Albert of Saxe-Teschen. It’s one of the most visited museums in Vienna.

Volksgarten Park — public park created between 1820 and 1823. At the center of the park is the Theseus Temple, a replica of the Temple of Hephaestus in Athens, also known as the Theseion. Other monuments are the Kaiserin Elisabeth-Denkmal and Grillparzer Monument.

Michaelerplatz — one of Vienna’s most famous squares.