Berlin is the capital of Germany and its largest city, with a huge metropolitan area and a historic centre, popular with visitors on city breaks. Berlin is a lively city of historic attractions and museums, cultural activities and a lively nightlife of cafes, clubs, beer cellars and cabaret.

Choosing accommodation in central Berlin, near the main railway station, or Hauptbahnhof (Hbf), gives you an ideal base for exploring the sights of the city.

Whether you arrive by plane or train, you will find cheap accommodation and a great choice of good value hotels and serviced apartments (aparthotels) in the area around the city’s main train station, Berlin Hauptbahnhof, sometimes known as Central Station, and conveniently located in the heart of the city.

Accommodation in Germany near Central Station

Situated in Berlin, in the new Schultheiss-Quartier in... read more

This accommodation in Berlin is just a 10-minute... read more

This hotel is located in the heart of... read more

Centrally located in Berlin, this hostel features a... read more

This large hotel is situated in the heart... read more

This 4-star hotel in Berlin’s Mitte district is... read more

This brand new hotel is located in the... read more

This hotel is located opposite the Kleiner Tiergarten... read more

The stylish IntercityHotel Berlin Hauptbahnhof is situated in... read more

The Titanic Chausee Berlin is situated in the... read more

This Motel One Berlin-Bellevue provides air-conditioned rooms, a... read more

Offering a unique atrium and free WiFi, this... read more

This Berlin hotel with a 24-hour reception is... read more

Situated only 200 metres from the famous Potsdamer... read more

This 4-star-Superior hotel enjoys a prime location on... read more

This superior hotel is centrally located in Berlin’s... read more

This individually designed and peaceful hotel is set... read more

Situated right on the banks of the River... read more

This hotel in Berlin is a 10-minute walk... read more

Experience The Ritz-Carlton, Berlin, a 5-star hotel in... read more

The quintessence of luxury lodging, the Adlon is... read more

A wealth of accommodation

After the end of the Cold War and the later completion of Berlin Hauptbahnhof (Hbf), many apart hotels and cheap accommodation grew up in the area around the station, giving you a good base for your city adventures, as well as putting you at the heart of the city’s central transport system.

With the wealth of accommodation in the city, it’s easy to find cheap hotels, hostels, pensions, and serviced apartments in all Berlin districts, including around the station.

Save even more money by booking online in advance, or visiting out of season, when the weather is cooler, but great deals can be found, even in the more luxurious hotels.

Your choice ranges from youth and budget hostels, with shared dormitory rooms, 2 and 3 star hotels to luxury 5 star establishments in Berlin, some offering bed and breakfast, to a variety of chain hotels, which always offer a guaranteed level of cleanliness, service and comfort. Book well in advance as the city can be very busy in the tourist season and during major events such as the Berlin Marathon.

If you want to get a real flavour of city life, consider renting a fully furnished apartment near Berlin Hbf, giving you the freedom and flexibility of local life. Once you are settled in your hotel, set out to explore Berlin and beyond in Germany.

Take in the reminders of the Communist era, as well as visiting the beautiful Schloss Charlottenburg and the imposing Reichstag Building, before taking Europe’s fastest elevator up the Kollhoff Tower on Potsdamer Platz. Since the fall of the Berlin Wall in 1989, reconstruction has been fast, but there are still remnants of the Wall and Checkpoint Charlie, for visitors to see.

For even more spectacular views head to the top of the Berliner Fernsehturm, on Alexanderplatz. This TV tower is nearly 400 m high, and Germany’s tallest structure.

Architecture in the city is a blend of different historical periods, from medieval buildings near Alexanderplatz, to soaring modern structures of glass and steel on Potsdamer Platz.

When staying in the city for a couple of days you can easily take a day trip to Dresden or visit the Babelsberg film studios. 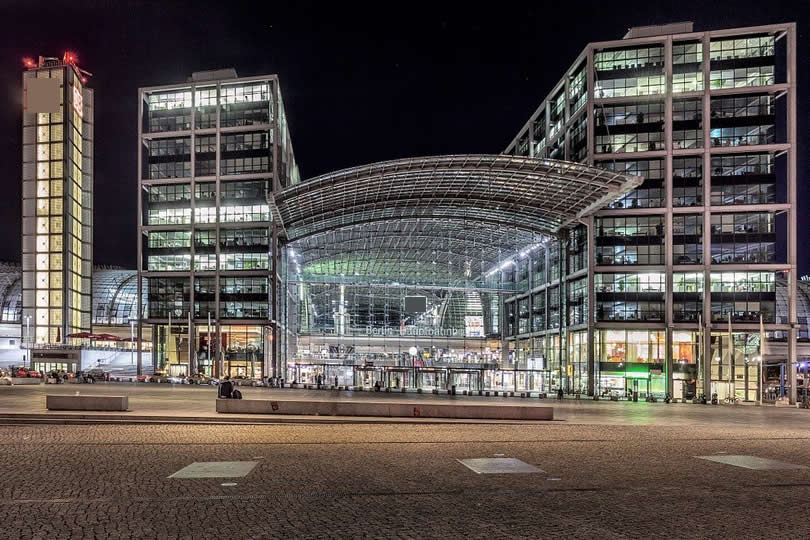 Berlin Hauptbahnhof (help·info), or Berlin Central Station, is the main railway station in Berlin, Germany. It began full operation two days after a ceremonial opening on 26 May 2006.

The present station features a new concourse that opened in May, 2006, which was built on the site of the Lehrter Bahnhof, a historic station on the S-Bahn, suburban railway. The Hauptbahnhof is the largest station in Berlin, the others are Sudkreuz, Ostbahnhof and Gesundbrunnen. Lehrter Bahnhof opened in 1871, linking the city with Hanover on Germany’s main railway line.

It is now Europe’s largest two-level railway station. It is located on the site of the historic Lehrter Bahnhof, and until it opened as a main line station, it was a stop on the Berlin S-Bahn suburban railway temporarily named Berlin Hauptbahnhof-Lehrter Bahnhof.

The station is operated by DB Station&Service, a subsidiary of Deutsche Bahn AG, and is classified as a Category 1 station, one of 20 in Germany and three in Berlin, the others being Berlin Südkreuz and Berlin Ostbahnhof.

From the hbf it will takes you about 10 minutes to get to Alexanderplatz or Zoo Bahnhof Station by S-Bahn. S-Bahnhof Messe Nord/ICC for the fairgrounds can be reached in 20 minutes. 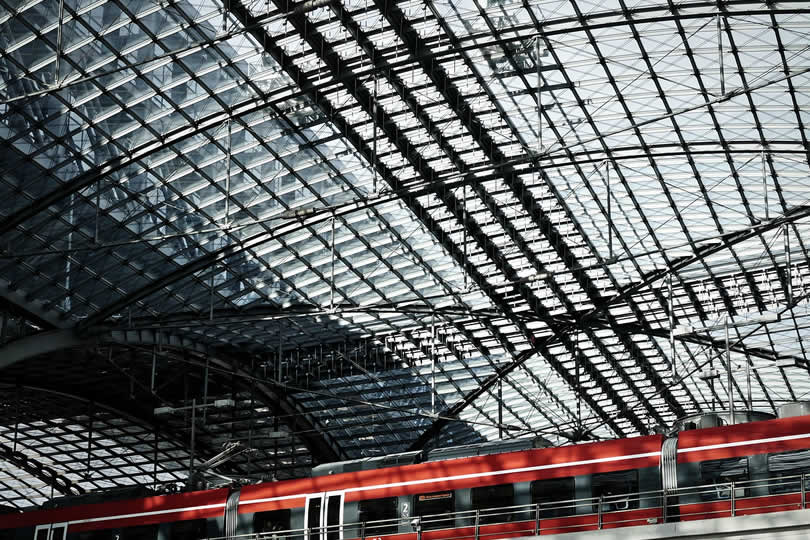 Powered by GetYourGuide
More Attractions, Tours and Activities
Top Accommodation Berlin
Where Should I Stay ?
Stay near Messe Berlin

Stay in Which Region Germany?