The city of Volgograd is considered one the most beautiful and picturesque ancient cities in the country. Historians place its birth in 1589. It is in the south-eastern part of the country and it was built as a fortress on the banks of the River Volga.

The city stretches almost 90 km, making it the longest city in Russia. The city also has an abundance of architectural masterpieces, historical monuments and a rich culture.

Accommodation in Volgograd near Football Ground

Located on the famous Mamayev Hill in a... read more

Located in the centre of Volgograd, a 5-minute... read more

Offering a restaurant, 555 Hotel is located in... read more

Podsolnuh Hostel is located in Volgograd just a... read more

Apartment 7-a Gvardeiskaya is situated in Volgograd, 2... read more

Located a 5-minute walk from the Volga River... read more

Located in Volgograd, within 3.3 km of Motherland... read more

Situated in Volgograd in the Volgograd Region region,... read more

Likehomevlg is set in Volgograd. The accommodation is... read more

History and attractions in Volgograd

One of the fascinations of Volgograd is that it has changed its name three times in the course of its history. Some of the names it has held include Tsaritsyn, which it held until 1925, before being renamed to Stalingrad, a name it held until 1961 before adapting its current name Volgograd.

Volgograd has a rich history especially given that it was the site of some of the fiercest battles of World War 2. It holds it place in the history books as the city where the advancement of the Germans was halted and turned away for good in 1943. With the city now conquered by the soviets, they transformed it into their own image both literally and figuratively.

The city would now turn into a symbol of their success. This is characterized by its architectural grandeur, broad boulevards and a gigantic victory monument. Some of the attractions to view in Volgograd include the Panorama Museum of the battle of Stalingrad, the Museum Reserve Old Saperta, the Volga-Don Canal, Mamayev Kurgan and the Rossoshka Memorial Cemetery among many others.

You have the option to travel by boat since the city links the two great rivers in Southern Russia through the Volga-Don Canal. You may also opt to travel by road, with the longest European Route (E40) passing through Volgograd. 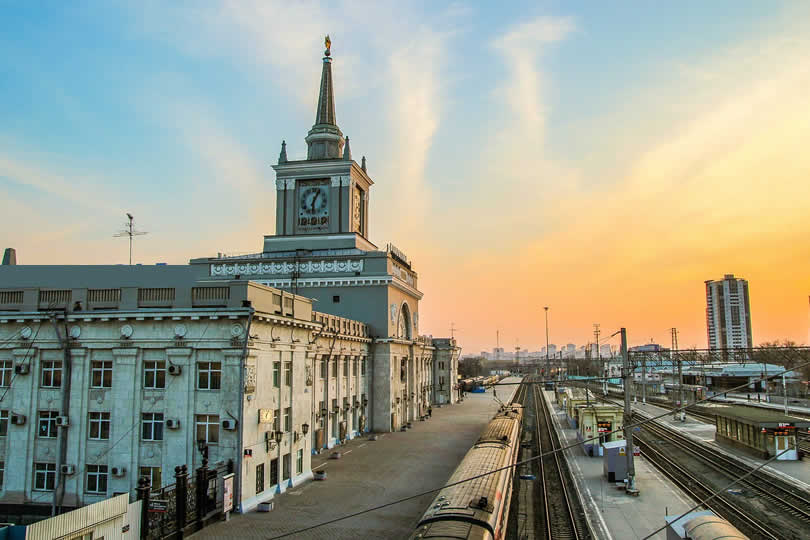 The Volgograd Arena, which has the capacity to hold up to 45,568 spectators was one the main attractions of the World Cup tournament. It hosted the first four games from four groups in the group stages. It is also became the new home of Rotor Volgograd once the tournament ended. However, its capacity is reduced to 35,000, the ground has been built from scratch after the complete demolition of the old Central Stadium which was built in 1958.

It is located on the banks of Volga River. Some of the standout features of the stadium are its meshed exterior design and the cabled roof. The stadium was only be the second hosting the Russian World Cup to have a cabled roof design.

Travelling should not be a major issue with plenty of options available. Volgograd serves as a major railway connection to most of the major cities and destinations in Russia. The travel time from Moscow is 20 hours, while you can reach Saint Petersburg stadium within 34 hours. There are also connections to and from other cities such as Siberia, Baku and Astana among others.

Location — Located north of the city center, which is approx. 4km or 2,5mi away.

Air Connections — nearest airport is Volgograd International Airport, about 25km or 16mi from the city centre.