Letzigrund Football Stadium serves as the home ground for FC Zurich and Grasshopper Club Zürich, two of the top football clubs of Switzerland. The stadium is also the venue for the annual athletics meeting Weltklasse Zürich, which is part of the IAAF Diamond League.

There is a wide choice of hotels within close distance of the football and athletics ground. Accommodation located within walking distance of the stadium, near Zurich main train station or stay in the best Zurich hotels right in the heart of the city.

Situated right next to the Letzigrund stadium and... read more

Located on the famous Bahnhofstrasse shopping street in... read more

The Hotel Schweizerhof Zürich is located opposite the... read more

The Sorell Hotel Rex is only a few... read more

In a tranquil location in Zurich’s Old Town,... read more

The Glockenhof Hotel Zürich is located next to... read more

The Novotel Zurich City-West in the heart of... read more

The Hotel City Zürich is situated in the... read more

The elegant Zürich Marriott Hotel is situated in... read more

Boutique Hotel Helvetia is located in the city... read more

The Hotel Kindli is located in a quiet... read more

Hotel Neufeld on the Goldbrunnenplatz square in Zürich-Wiedikon... read more

The stylish Townhouse Boutique Hotel is located next... read more

Situated in the district of Zurich-West and offering... read more

Located in the centre of Zurich, The Henry... read more

Next to Zurich’s centre, B2 Boutique Hotel Zürich... read more

Located in the centre of Zurich, Walhalla Guest... read more

The Flag Zürich offers rooms with a unique... read more

The Sheraton Zürich Hotel is located in a... read more

Set in Zürich, 2.2 km from Bahnhofstrasse and... read more

Located in Zürich, near Bahnhofstrasse, Paradeplatz and Fraumünster,... read more

This 4-star hotel is conveniently located in the... read more

The multipurpose stadium has a capacity of 25,000 for football matches, 30,000 for athletics and 48,000 for music concerts and was built in 2007 on the site of the old stadium. In 2007 the new Letzigrund officially opened with the Weltklasse Zürich or World Class Zurich athletics championships with 26500 spectators. It hosted three games during the 2008 European championships, with a capacity of up to 30,000.

Letzigrund Stadium has a full length athletics track and boasts also a well equipped indoor training center. The entire stadium is covered with a long stretch of roof. The annual athletics meet Weltklasse Zürich, part of the IAAF Diamond League, takes place at the Letzigrund stadium, as well as frequent open air concerts.

FC Zurich is based at the Letzigrund football stadium in the city of Zurich Switzerland. Fussballclub Zürich plays in the Swiss Super League, the highest football league in Switzerland.

FC Zürich and the Grashoppers are both one of the most succesful football clubs of Switzerland together with FC Basel, Servette FC, and Young Boys Bern. 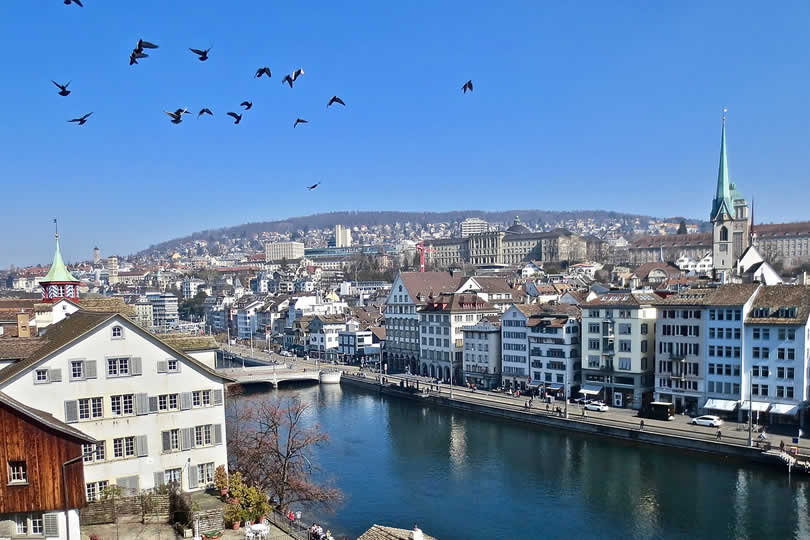 Opened — It first opened in 1925 but has been extensively redesign over the past 60 years and was finally re-engineered in August 2007.

Location of Letzigrund Stadium — the football ground is located west of Zürich city centre in Switzerland. The old center of the city is around 2,5 km away from the ground.

Nearest Train Station — the closest train station is Zurich Hardbrücke railway station, located around 10 minutes walk away from the ground. Hardbrücke is one stop from the main central station, Zürich Hauptbahnhof.

Another station nearby is Zurich Altstetten railway station, which is 2 stops from the main Hbf. From Altstetten you can take Tram no. 2 to reach Letzigrund stadium.

By Tram : from the city centre you can take tram 2 from Paradeplatz in the direction of Farbhof. Get off at stop Letzigrund stadion.

You can reach the stadium from the central railway station by taking tram 3 / 14 to “Stauffacher”, then change to tram no. 2 to “Letzigrund” or bus no. 31 to “Herdernstrasse”.

By Car : from the A1, A3, or A4, make your way to the Limmattaler Kreuz (north-west of the city), and follow for Zürich City, than follow road signs.