The city attracts millions of tourist every year, mainly due to its attractions such as ultramodern architecture, luxury shopping and unmatched nightlife, but it also has several more fun facts that are less known. Below are some of the surprising facts about Dubai that you may not have heard of before.

What are the Most Interesting Facts About Dubai ?

1. Home to the world’s tallest building 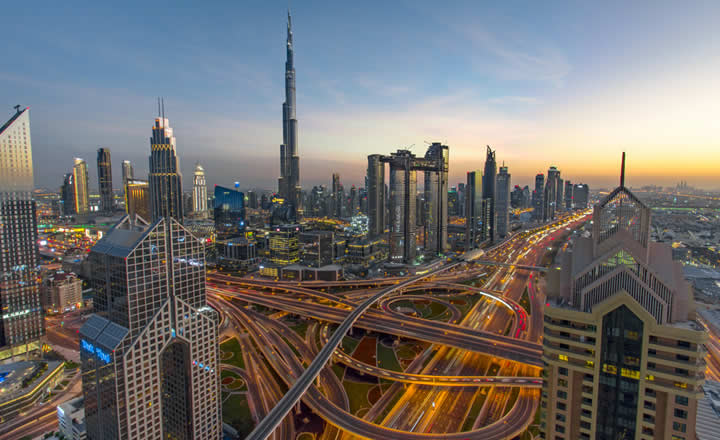 With a height of 2,722 feet, the Burj Khalifa in Dubai is the tallest building in the world. The building is named in honour of the president of the UAE, Khalifa bin Zayed Al Nahyan. Burj Khalifa opened in 2010 as part of the Downtown Dubai development project.

Its outdoor observation deck stands at 1483 feet on the 124th floor, and the worlds highest observation deck before 1601 feet deck was opened on the Canon Tower in China. Burji Khalifa, however, retained its record of the world’s most top observation deck after opening the 148th-floor deck at 1821 ft.

2. Home to the only 7-star hotel in the World 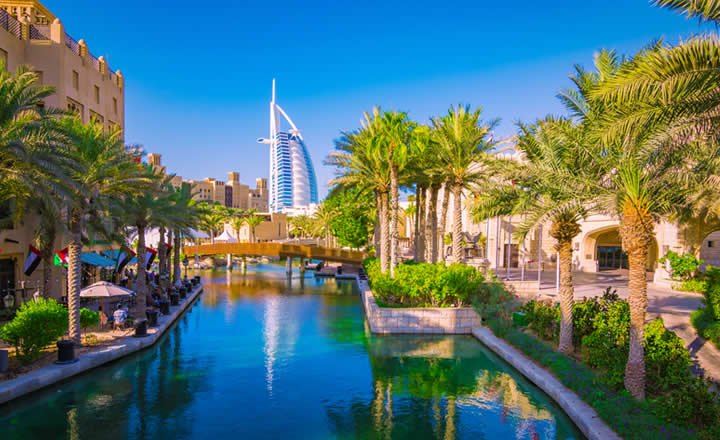 Another interesting fact about Dubai is that it is home to the world’s only 7-star hotel. The luxurious setting of the city may have inspired the Burj al Arab— the most luxurious hotel in the world.

Not many people can afford sleeping here, as you will have to cough roughly 1000 euro for one night in their cheapest room. Built in 1999, the hotel takes the shape of a sailing Arabian dhow and stands at 321 metres. The hotel is also unique as it is situated on a manmade island off the Jumeriah Beach. Some of the unique features of the Burj Al Arab include its dancing fountains, a 180 metres tall atrium and its touches of gold leaf in the interior.

3. Home to the largest shopping mall in the world 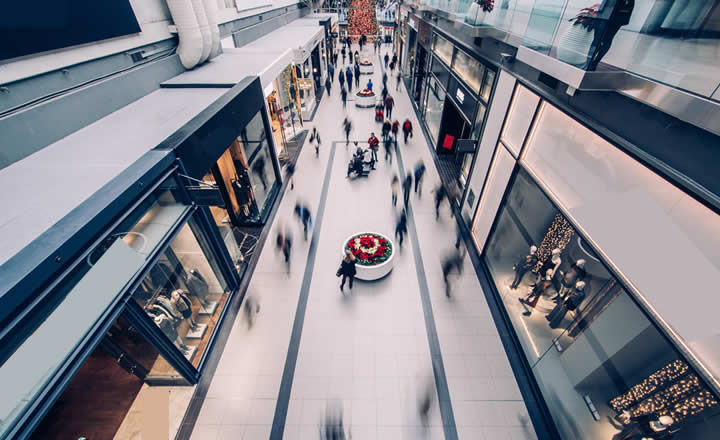 Dubai will never stop to impress the world with mind-blowing features and structures as it is designed to do so. The Dubai Mall adds to the list of the surprising elements of Dubai as it is the largest in the world. The shopping mall boasts of a retail area of 5,400,000 sq. Ft. and more than 1200 shops.

Despite having more than 1200 shops, the Dubai Mall is not only a shopping centre as it is full of other fascinating facts, with the best being the Dubai Aquarium. The aquarium is the world’s largest indoor aquarium with an acrylic panel that is 108 feet wide and 27 feet high, plus it is 29.5 inches thick.

4. Dubai is home to the longest fully automated metro in the world 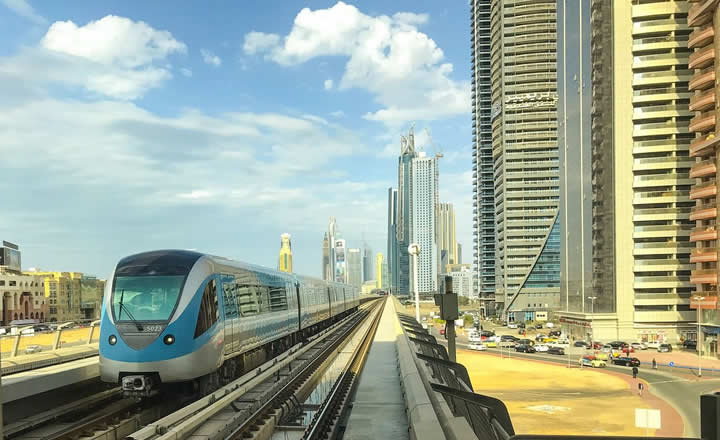 The Dubai City Redline metro that covers a distance of 74.6 kilometres across the city was inaugurated in September 2009 as the first urban metro network in the Gulf region. The new metro broke the record for the world’s longest fully automated metro.

This metro is also known for its high safety standards, a solid in-train, timeliness and modern NFC payments. The metro has high traffic as it is estimated to serve around 180000 passengers a day.

Dubai is well known for manmade islands, and the Palm Jumeirah Island has the world’s record for the largest manmade island. Palm Jumeirah covers a distance of 650 hectares or roughly 600 football pitches and the project took six years to complete. The island’s foundation is made of 7 million tons of rocks blasted from the nearby Hajar Mountain.

The island is home to major Dubai beach hotels such as the Atlantis The Palm, Palm 360 and the Waldorf Astoria, plus there are also thousands of apartments and beachfront mansions.

6. The average rainfall is 3.5 inches per year 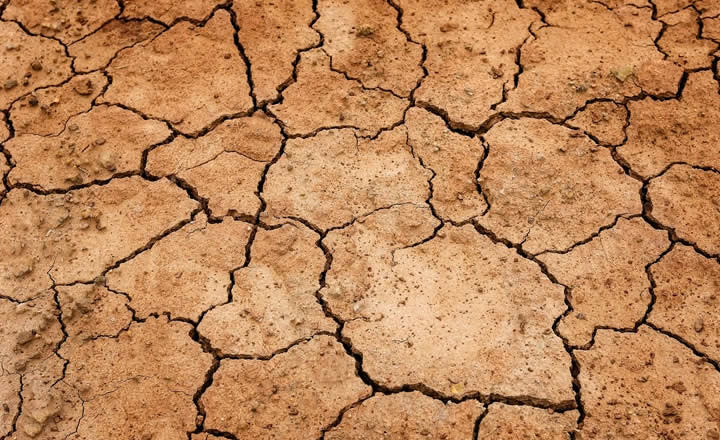 Being in the middle of a desert, you don’t have to worry about the rain as the city only receives 3.7 inches of rainfall in a year. You can only expect rainfall once or twice in a year, meaning there is no need for drains and potholes in the city.

The weather is sunny year-round, with January being the coldest month of the year.

7. Roughly 85 Per cent of Dubai’s Population Is Foreign

Out of over 2.5 million Dubai’s estimated population, only 15% make up the number of Emiratis in the city. The rest of the community is made up of immigrants from other counties, mostly Indian and Pakistan.

Most of the expats come for work and cannot receive permanent residency or citizenship even after spending years in Dubai.

As stated earlier, Dubai is one among the seven Emirates that make up the United Arab Emirates. One interesting fact to know is that all the Emirates have kings as the supreme leaders (known as Sheik), and the current Sheikh for Dubai is Sheikh Mohammed Al Maktoum. He also the vice-president of the United Arab Emirates and is renowned for promoting the transformation of Dubai into a major tourism and business destination.

Despite being a growing cosmopolitan with a vibrant nightlife, Dubai still holds its strict rules in regards to alcohol use. The only people allowed to consume alcohol are non-Muslims of 21 years and above.

Alcohol use is only permitted in licensed premises as it is illegal to drink in public spaces. You will also have to stay sober during religious holidays in Dubai since you cannot buy alcoholic drinks on such days. Intoxication by alcohol while in Dubai can lead to a jail term or deportation.

10. No unauthorised photography for government buildings or locals 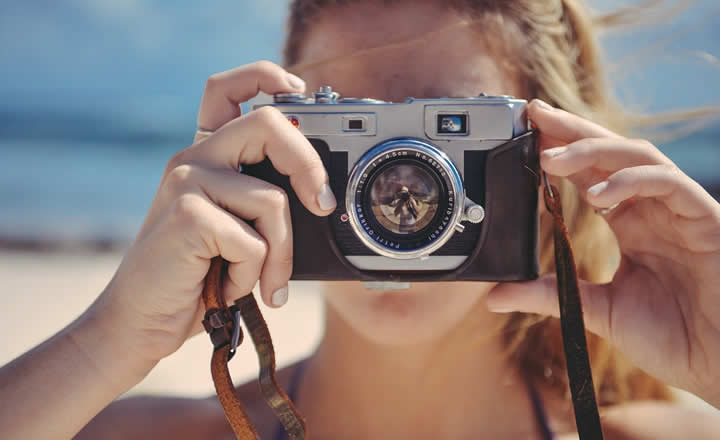 If you are planning to visit Dubai, be aware that you can get arrested for taking photos of the locals without their consent and also if you pose in front of a government building.

There are a lot of beautiful and interesting sceneries worth snapping but first, confirm whether it is allowed. There is also much about the expected code of conduct when in public as a tourist in Dubai as the local community holds strong Islamic beliefs.

11. Dubai has one of the lowest crime rates in the world

If you are looking for the safest place to live in the world, then Dubai could be the best match for you. The crime rate in the city is at 1%, mostly due to the harsh penalties that apply for even small offences.

The police force is also modern; with the latest crime detection and prevention technologies like the CCTV’s that cover most areas in the city.

12. Men are more than twice the number of women in Dubai

Unlike other parts of the world where women make up the larger part of the population or have a balanced gender ratio, the number of men in Dubai is more than twice higher than that of women.

The primary reason for such a huge gap is the fact that a majority of expats who migrate to Dubai are men because the most available jobs are in the male-dominated construction industry.

13. You can Enjoy Gold Infused Coffee in Dubai 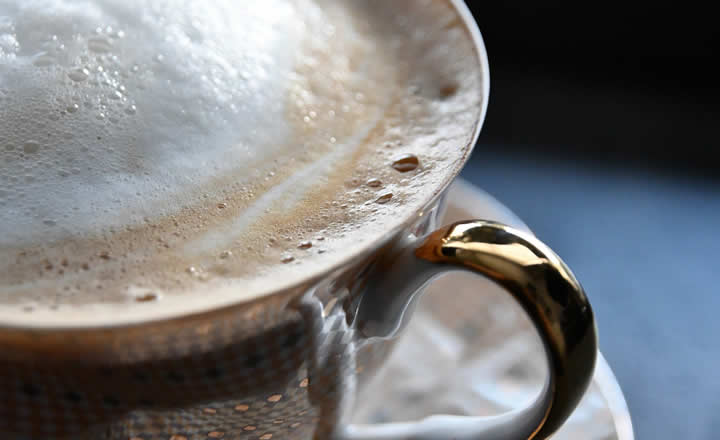 Gold is a valued commodity in Dubai, and some hotels have seized the business opportunity in it. For example, you can order a gold cappuccino in the Sahn Eddar Lounge of the Burj Al Arab Jumeirah hotel.

The gold coffee is made of 24-carat gold blended into espresso. The coffee is also made from 100% Arabian coffee beans.

14. Camel and Horse Racing are High Value Sports in Dubai 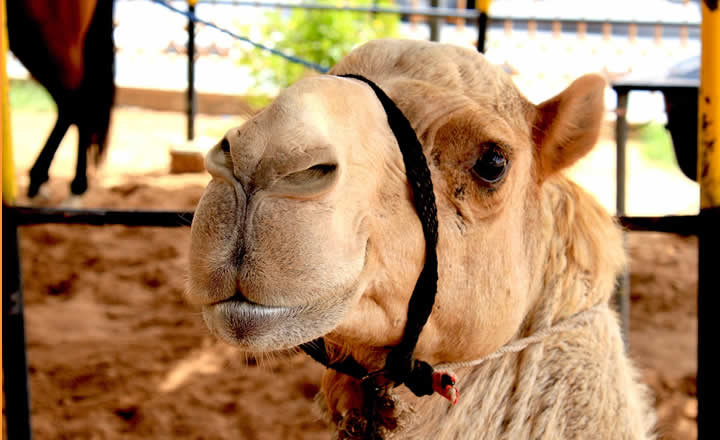 Unlike other parts of the world where horse racing has fewer fans for animal racing, Horse and Camel racing are popular sports in Dubai. Camels have a rich history among desert communities and are still a prized possession among the locals.

Historically camel races were part of the enjoyment in weddings and other ceremonies, but they have been revolutionised time to become of the richest races in the world. Hundreds of camels compete in a championship where the owner of the winning camel takes home a massive prize in the form of cash. 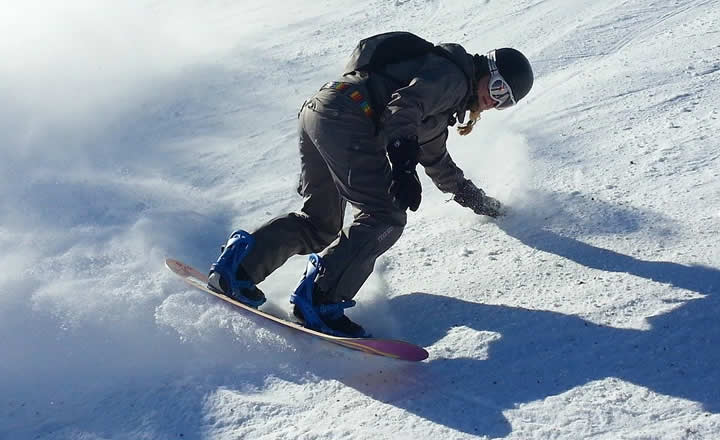 Before Ski Dubai, skiing in the middle of a desert was impossible. The facility is situated in the Mall of the Emirates and offers services such as a café, children’s play and fun area, snowboarding and ski lessons. Ski Dubai opened in November 2005 and still holds the record as the world’s second-largest snow park.

The facility has the best conditions for skiing and snowboarding, where visitors can choose from five runs that vary in difficulty, height and gradient. The longest run in the facility is 400 metres and has a fall of go metres. There is also a snow park where you can engage in activities such as tobogganing and tubing. 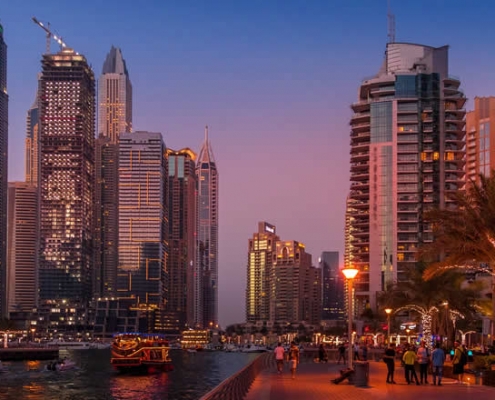 Book Best Hotels in Dubai
Scroll to top
By continuing to browse this site, you are agreeing to the use of cookies, whose purpose it is to provide web analytics and measurements of visitor traffic and browsing behavior. Find out more.