Where to Stay in Oslo Norway ? 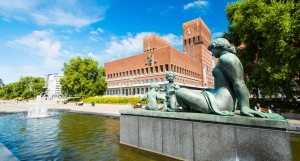 A while back, Aker Bryge used to be a rundown dockyard near the city centre. Today, it is one of the most expensive and attractive residential areas. It has canals and dork architecture. The place has lots of nightclubs, art galleries, shopping malls and good boutique hotels that offer 3 to 4-star services.

The Frogner district is located on the north of Aker Brugge. It is one of the oldest neighbourhoods, having been established in the 19th century. It is a posh neighbourhood with some of the most beautiful streets and the best cafes in the area. It also hosts Vigeland Park that goes by the name Frognerparken.

The Majorstuen neighbourhood is to the north of Frogner. Its name translates to ‘the Major’s Cabin,’ which was an 18th-century pub named after a 17th-century military officer. Majorstuen is one of the popular shopping zones of the city and close to the metro. It is calmer than most of the other places in the city and great for calm, romantic stays in Oslo.

Bislett is most populated with students and professions as it is close to the university, city centre and largest high school. It is a more affordable part of the city with B&B and hostels available. You can enjoy national athletics competitions and other tournaments at Bislett Stadium. Bislett borders St. Hamshaugen, which is the southern part of the city. It has some of the prettiest blocks in the city and home to St. Hanshaugen Park that extends to a hill near the city centre.

Grünerløkka was an old working-class area that was re-invented in the late 1980s. It is home to several fusion shops, bohemian living quarters, awesome shops and restaurants. Here, you enjoy interacting with different cultures and sampling dishes from around the world.

What’s the best area to experience the city for the first time, tourists, what’s the best district for shopping and dining, or where to stay for skiing or the best nightlife ? Read on below to find out more best neighbourhoods to stay in Oslo Norway.

What is the Best Area to Stay in Oslo ?

The city centre is bustling with life and offers the best experience for first-time visitors. On its main street, Karl Johan’s gate, you will find several cafes, bars, nightclubs and jazz clubs. There are also shopping centres and a mix of 3-star to 5-star hotels down the street. If you visit in May, you may witness street parades in celebration of the constitution day. In here, you have access to basically all the amenities that you may need not far away from where you are staying.

Where to Stay in Oslo City Centre

Best Areas to Stay in Oslo

Best places to stay in Oslo for romantic trip ? Bed and Breakfast or Small Boutique Hotel or Luxury Hotel

If you are on a romantic trip to Oslo, there are various options available within the city. If you are on a tight budget or will be moving from corner to the other, consider a B&B. You will get a double bed, free Wi-Fi and delicious breakfast options. There are also small boutique hotels, offering 3-star and 4-star services across the city at a slightly higher price. However, for the best service, while enjoying your stay with a loved one, it comes from a luxury hotel. Oslo has several high-rated hotels, offering presidential services and scattered across the neighbourhoods.

What’s the best neighbourhood in Oslo for shopping & dining ?  Majorstuen (Majorstua) or Sentrum

While you will get awesome cafes and restaurants across the city, if you want several options, consider Sentrum. The city centre is parked with tens of eateries and restaurants, offering cuisine from various parts of the world. You will also enjoy wines and local beers from several nightclubs and bars within the city. Majorstuen on the north of the city centre also has awesome eatery options, including outdoor dining and fast foods. There is also fine dining options available.

If you would like to have the best nights during your stay in Oslo Norway, consider staying at Sentrum, especially near Karl Johan Street. Here, there are clubs offering everything from local live performances, jazz to karaoke nights and DJ mixes. Aker Brygge is also a vibrant neighbourhood with over 20 clubs and frequent visits by national artistes. The Youngstorget area, which translates to Young Square, is located in downtown Oslo. It offers outdoor night concerts and home to some of the hippiest clubs in the city. On the other hand, Grünerlokka offers a mix of night entertainment options, including stand up shows, karaoke nights and DJ music.

Where to stay in Oslo for skiing ? Holmenkollen

Holmenkollen sits on a hill on the northwestern part of the city. It hosts the Holmenkollen Ski Jump and Museum. It is the best place to watch skiing competitions or even take part in skiing, especially during the winter seasons. There are top class luxury hotels in the area. Therefore, you will not have to live far away from the skiing spots in the area.

The 4 Best Neighbourhoods in Oslo for Tourists

The city centre offers the best of Oslo’s nightlife, culture and cuisines. Apart from enjoying various cuisine options, you have a choice of various daytime and night performances, including jazz, hiphop and classical music.

There are malls, antique shops and art galleries within the city centre. You can also reach other neighbourhoods with ease from here using a taxi or public means of transport.

The West End is the posh part of the city. It has the most beautiful streets in all of Oslo. Tourists enjoy the best of the city’s hospitality. Accommodation varies from bouquet hotels to luxury hotel rooms.

Tourists also enjoy spending time at the famous Vigeland Park, especially during summer and spring. Here, you can shop and enjoy great food from shopping centres scattered across the area.

Gamle Oslo, also called Old Oslo, is home to the oldest landmarks in the city. It hosts Edvard Munch Museum, a medieval park and a botanical garden. It is a calm place that works well with people on a romantic or adventure search visits.

Accommodation is available across the neighbourhood with tens of cafes and restaurants that offer a wide menu of dishes from all corners of the world.

Majorstuen boasts of a vibrant day and nightlife while offering high-end accommodation and dining options. You can catch the latest blockbuster movies, dance at a local club or relax as you watch a football match at a club.

It is served by major metro stations, which allows you to move to other places in the city with ease. It is also a popular shopping destination.

Where to Stay in ?

Popular in / near Oslo, Norway

Book Best Hotels in Oslo
Scroll to top
By continuing to browse this site, you are agreeing to the use of cookies, whose purpose it is to provide web analytics and measurements of visitor traffic and browsing behavior. Find out more.