Where to Stay in The Hague ? 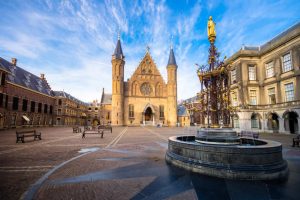 The Hague is the South Holland Province capital city and located on the western coast of Netherlands. It is home to the International Court of Justice and countless other bodies. There are several neighbourhoods where you can stay when visiting the city. Here are some of the most interesting ones.

What’s the best area to experience the city for the first time, tourists, what’s the best district for a business trip, or where to stay on a budget or shopping ? Read on below to find out more best neighbourhoods to stay in The Hague Holland.

What is the Best Area to Stay in The Hague The Netherlands ?

If you are visiting The Hague for the first time, consider staying at Noordeinde, Hofkwartier, or Lange Voorhout. The Noordeinde houses three palaces of the Dutch royal family and countless historical areas while the Hofkwartier is the city’s home of art. It houses galleries, street art and quaint boutique shops. On the other hand, Lange Voorhout is the oldest street in The Hague. It hosts various events and has beautiful trees lined on each side.

Where to Stay in The Hague City Centre

Book Best Hotels in The Hague

Best Areas to Stay in The Hague

Best places to stay in The Hague for romantic trip ? Bed and Breakfast or Small Boutique Hotel or Luxury Hotel

If you are travelling to The Hague with your loved one, you may stay in various hotels across the city. For those on a tight budget or those who would like to stay in various neighbourhoods in their stay, a B&B hotel is the best option. Most of the offer spacious accommodation and breakfast options. However, on a slightly higher budget, you can stay in 4-star and 5-star small boutique hotels or luxury hotel and enjoy the best that The Hague has to offer.

Where to stay in The Hague when on business/ International Organizations ?  Statenkwartier or Zorgvliet

Zorgvliet is home to international organisations such as the International Criminal Court, Permanent Court of Arbitration and the Organisation for the Prohibition of Chemical Weapons, among others. Expatriates coming to The Hague can stay in the location. On the other hand, Statenkwartier is a national heritage area close to the city centre. Businesses can set up offices in this location to access the large family market in the area.

Best area to stay in The Hague for shopping ? The Hague Center (Grote Markt)

Grote Markt (Grand Market) is a compact shopping square at the heart of The Hague. It boasts of large shopping malls and retails shops. The location is also surrounded by nightclubs and bars that spring to life at night. Here, you will find everything from antique items to the latest in fashion. It is also home to Haagse Harry statue from the popular Dutch comic series. You can also tour the area with a hired bicycle to get a feel of the atmosphere here.

Where to stay in The Hague on a budget ? Central Station area, HS Holland Spoor Station or Chinatown

If you are coming to The Hague on a strict budget, Chinatown offers you the best of accommodation, foods and shopping outlets at great prices. It is almost a city within the city, although cheaper. You can also get good accommodation deals and great restaurants at pocket-friendly prices around the Central and Holland Spoor Train Stations. These are great areas if you want to move around the city and beyond the train stations.

The Best Neighbourhoods in The Hague (Den Haag) for Tourists & Business

Here are some of the most interesting ones.

Belgisch Park is one of the most picturesque neighbourhoods in The Hague. It lies between two green parks; the Nieuwe Scheveningse Bosjes and the Oostduinpark. You can also see the sea from the northern borders at Scheveningen beach. This place is good for relaxing and romantic trips.

Zorgvliet is a former country estate located beside Schevening Bosje. It is home to several cultural and political projects, as well as entertainment spots. The neighbourhood is home to the Peace Palace and Gemeentemuseum’s Mondariaan collection, which is the largest in the world.

The Statenkwartier is home to many cultural buildings, most of which are protected for their heritage. Visitors come here to see homes built in the early 19th century, according to the Art Nouveau principles that include redbrick architecture. The neighbourhood has diagonal street patterns, which form a quarter circle just beyond the Zorgvliet. It is a cultural traveller’s paradise.

The Chinatown district is located around half a kilometre south of the het Bennenhof palace and the parliament, allowing visitors to walk to many of the city’s famous landmarks. The entry to the district is marked by oriental-style Chinese gates made in the early 21st century in the honour of the migrant population from Asia.

Voorhout is said to be one of the oldest neighbourhoods. The Hague is said to have been founded here around the 13th century. It is located in the city centre where you will find various famous landmarks in Dutch history. This includes the Houses of Parliament that are in the het Binnenhof and the Lange Voorhout Palace. It also houses the M.C Escher museum.

If you aretouring The Hague, consider staying at Binnenhof. It has the seat of the government but also picturesque and home to most Dutch heritage sites.

The Noordeinde Palace area houses the three royal Dutch palaces and cool place to start exploring the city. Finally, the area around the Peace Palace provides great accommodation options and visitors can visit the palace and international justice locations around the area for a history of the road to justice.

Haagse Hout is loosely referred to the Woods of The Hague. It boasts of a cool, forested park around the waters. There are four neighbourhoods in the area, each enjoying a part of the green areas.

Visitors enjoy cool, fresh air and extensive picnic and relaxation areas. It is also close to the city centre and served by public transport. You can stay at the location and still travel around The Hague without problems.

Kijkduin (Beach) boasts of rustic beauty, short grasslands, pristine golden sands and a clean, quiet location. It offers the best location for a quiet vacation or a romantic one. You can sunbathe and play water games here.

On the other hand, Scheveningen has an extensive beach, which offers everything from the golden sands to restaurants, surfing, boating and swimming opportunities. There is also a stadium nearby where you can watch various sporting activities.

The area around the station is known for its great deals on accommodation, lively nightlife and ease of access to other parts of the city and Netherlands at large. You can enjoy a ride across various cities in the country, enjoying the landscape and offers at various stops.

Where to Stay in The Netherlands ?

Popular in / near The Hague, The Netherlands

Book the best accommodation in The Hague Netherlands

Book Best Hotels in The Hague
Scroll to top
By continuing to browse this site, you are agreeing to the use of cookies, whose purpose it is to provide web analytics and measurements of visitor traffic and browsing behavior. Find out more.