Since the event is expected to host over 30,000 visitors from different parts of the world, many hotels and neighbourhoods are expected to be full both Saturday and Sunday, even days prior.

Therefore, to be on the safer side during the triathlon period, you need to move fast and book the best hotel close to the Excel Centre near the start and finish line.

If unfortunately, you find that all the great places to stay in this neighbourhood are booked, you can easily opt to stay in Central London, just near public transportation.

Although you will be some distance off, easy access to public transportation like the DLR and the Jubilee Line would be a plus. These are some of the fastest routes to Excel, London; thus, staying in these parts would be quite convenient.

Accommodation for Triathlon in London England

In the vibrant Canary Wharf area, this 5-star... read more

This modern hotel is in London Docklands, 0.2... read more

With a stylish restaurant and cocktail bar, Crowne... read more

In the centre of central London's Docklands, the... read more

Situated on the waterfront, DoubleTree By Hilton London... read more

Situated in the heart of London’s Canary Wharf... read more

Situated in Greenwich, on the famous curve of... read more

The Westbridge Hotel is a 4-star hotel within... read more

OYO Epsilon Hotel is located in the centre... read more

Located in the heart of London's Docklands, this... read more

Set in London, within a short walk from... read more

Set in London, within a 5-minute drive from... read more

Located within 5 km of Tower of London... read more

Set within 3.7 km of Greenwich Park and... read more

Featuring a patio with city views, a shared... read more

Where Should I Stay for London Triathlon ?

London triathlon is an annual event that attracts thousands of fans from around the world. During this time, hotels, restaurants, bars
and other chilling spots are always filled up with visiting fans looking for accommodation or just a cool place to hang out.

Hotels near the Excel Centre allow you proximity to the action. You wouldn’t even need to get a taxi or train. However, the fact that these hotels are this near, they are bound to fill up pretty fast; thus, you need to move with speed while reserving your accommodation.

Some of the best hotels where you can stay during this period are as shown below;

– Novotel London Excel is located at the O2 arena near London city airport. It is popular for visitors visiting for business trips. While staying at the hotel you can get to enjoy the beautiful scenes of the Thames. While at the upper deck of the hotel you can get to enjoy great views of Victoria Dock. It is also equipped with meeting rooms. While visiting London for the 2021 triathlon you can enjoy your stay at this great hotel.

– Ibis London Excel-Docklands hotel offers full-time refreshments to its guests.Furthermore, it has a welcoming bar and restaurant that offers customers with drinks of their choice at the comfort of their rooms or at the bar itself. The hotel has 278 bedrooms that are available and fully furnished too. It is emerging as the best hotel to stay while at the heart of southeast London with a variety of waterside bars and restaurants.

– This is like the main hotel for the Excel center. It is a great place to stay if you are visiting for the triathlon. Its packed with some of the best hotel services such as an excellent breakfast buffet to start up your day. It also has awesome facilities that you will find conducive to relax in the evening after a tiresome day. This hotel is just minutes’ walk from London triathlon start and finish.

Crowne plaza London-Docklands is located near the excel center and is a 210-bedroom hotel that is ideal for visitors who are visiting London for business or leisure purposes. The hotel is equipped with luxurious facilities that are aimed at making your visit as comfortable as possible. They offer both regular rooms, VIP rooms and presidential suites for its customers. Visitors can enjoy 24-hour services from the hotel while they enjoy great views from the comfortability of the hotel.

– Aloft London Excel hotel features a loft-inspired design in the east end. Located just next to the Excel Center, it is an ideal place to stay during the London triathlon. The hotel is best for those visiting for business and leisure. Guests at the hotel have easy access to the public transport where they can utilize the prince Regent and Royal Albert stations. It also has a welcoming bar and restaurant as well as a conference hall. It also offers 252 accommodations in total with fully furnished rooms.

– The hotel is located at the front door of London city airport. The hotel offers quick meals at its sundry shop and café. It also has a half-island that offers magnificent views of Gallions point marina. It also has a fitness and business center. The best part is that the hotel is just 10 minutes’ walk from Excel London. 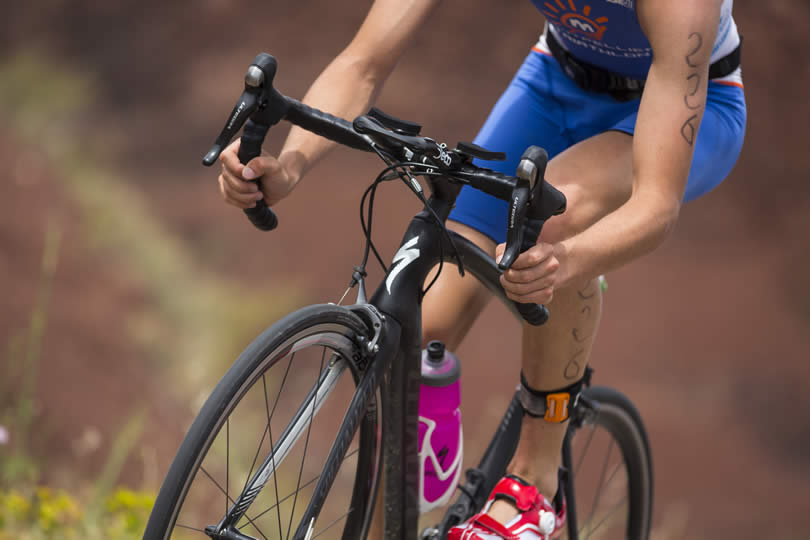 What about London Triathlon ?

London triathlon has been held for a record 22 years so far. Every year, the event attracts large numbers of people who come to the iconic capital city to join other triathletes or supporting them in the #LondonTRI challenge. It’s one of the major sporting events in the city centre, together with the famous London Marathon (see hotels).

This event takes place at the Excel Centre, Victoria Dock and has a special urban route. It gives the participants a chance to swim, ride bikes and run around some of the famous landmarks that London has to offer. Even beginners are encouraged to participate in this triathlon since yearly the event has seen first-timers participate in the race.

The participants of the triathlon can engage in various events and distances such as the super sprint or sprint distances or even the team events such as the Olympic team relay.

Participants can choose between individual distances or two team relay distances. For instance;

Where is the Start and Finish ?

The start and finish of the London Triathlon is at the ExCel Centre, Royal Victoria Dock.

All those participating in the triathlon will swim in the Royal Victoria Dock and around the Docklands. The bike routes always vary depending on the distance, day of the race and the category that you choose.

There are two different bike routes for those who choose to compete in the Olympics.

How to get to Excel London

London is always regarded as one of the busiest capital cities in the world today. This is because of its many international business hubs reputation. Despite its dynamic nature, London can be accessed by many people from various places within the shortest time possible. The city is well known for its ease of access and the wide range of low-cost rail and air links that connects many cities around the world.

The Docklands Light Railway (DLR) is found in the London underground network system. It has several stations of which two stations that are; Custom house and Prince Regent can be accessed easily. The place where the trains pull up is a walking distance from the ExCel centre. It is actually a two minutes’ walk to the entrance.

When considering the underground system, then The Jubilee line and the Docklands light railway will be the fastest routes to get to Excel London. While using the Jubilee Line, you will alight at Canning town and board a DLR train that is headed to Beckton. Custom house trains will drop you off at the west entrance of Excel London while prince regent trains will drop you off at the east entrance of Excel London.

Also a part of the underground network system, London overground serves the better part of London. While using the tube map. It’s highlighted in orange. You can use the DLR and Jubilee line to connect from the many overground lines that are available such as Stratford, Canada Water, and Shadwell. It’s also possible to join the Overground and travel to ExCeL London from Euston station.

Book Best Hotels in London
Scroll to top
By continuing to browse this site, you are agreeing to the use of cookies, whose purpose it is to provide web analytics and measurements of visitor traffic and browsing behavior. Find out more.