The Frankfurt International airport is the busiest in Germany, located just over 10 kilometres away from the city centre, serving both international and European flights.

Plenty of top-tier hotels are scattered around the airport vicinity; great for business trips or short stays. Several chain hotels are directly connected to the terminal building, situated inside the airport or located above the intercity train station.

Don’t worry if you are on a tighter budget, the area around Frankfurt International Airport has an abundance of cheap accommodation options as well. B&Bs, traditional family-run guesthouses and low budget chain hotels such as ibis hotel are presented in the nearby area. Check out 4 of the best hotels near Frankfurt Airport. 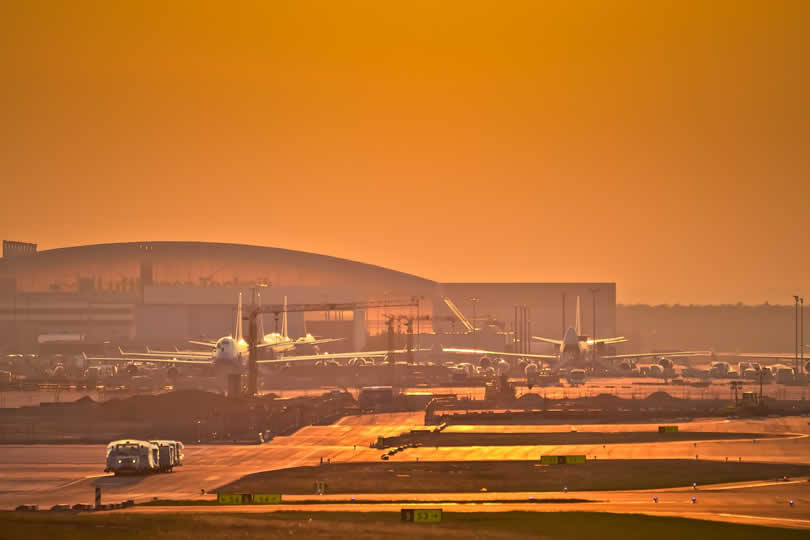 This hotel in Kelsterbach is only 4 km... read more

This superior hotel is just 800 metres from... read more

60549, Frankfurt/Main, The Squaire, Am Flughafen

The Hilton Garden Inn is located in the... read more

60549, Frankfurt/Main, The Squaire, Am Flughafen

This 4-star hotel is located in the futuristic... read more

Featuring free WiFi, a fitness centre and a... read more

Situated in Kelsterbach, Zum grünen Baum has a... read more

MY CLOUD Transit Hotel - Guests with international flight only!

MY CLOUD Transit Hotel is situated in the... read more

Located just within a 4-minute drive from Frankfurt's... read more

Situated in Kelsterbach in the Hessen region, main... read more

Situated in Kelsterbach, Hotel Athen has a restaurant,... read more

Sunset Hotel in Kelsterbach has 3-star accommodation with... read more

Cheap properties for the night

With varying prices depending on room types and amenities provided, you will definitely find something perfect within your travel budget.

The closest hotels from Frankfurt airport are located inside, directly linked to the terminal. From these properties you can easily access Frankfurt city centre by car in approximately 15 minutes via the A3 motorway. Alternatively, the airport railway station offers a service to Frankfurt Hauptbahnhof (main railway station) in around 20 minutes.

The Frankfurt fairground trade fair centre can easily be reached as well. Darmstadt and Mainz are 25 minutes away by car.

It’s good to know that several acommodations offer a “free” shuttle service to/from the FRA International, which can reduce costs for public transportation. Frankfurt am Main, famous for its stunning skyline and financial centre, refined culture and the Palmengarten botanic garden. There is no doubt that the city offers a wide range of cheap and luxury accommodation deals as well in the city centre. 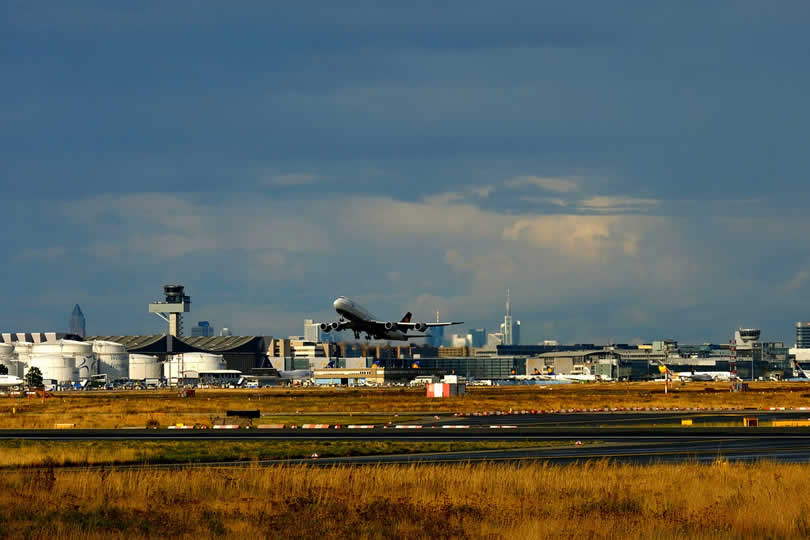 Frankfurt Int. Airport FRA — The airport is known in German as Flughafen Frankfurt am Main or Rhein-Main-Flughafen. It’s one of the largest and busiest airports in Europe. It’s the main hub of Lufthansa, the German national carrier.

Hotels in the area are a good option for all sorts of travellers, whether you are on holiday or business trip. Some hotels inside are directly connected to the terminal building, others provide a shuttle service transport to/from FRA airport (sometimes free).

Driving Directions : The airport is directly linked to the A3 (Cologne-Munich) and A5 (Hanover-Basel) motorways, which border the airport’s eastern and northern boundaries and meet up at the Frankfurter Kreuz junction for access to the airport on the federal road B43. The A67, serving destinations in the south, connects with the A5.

Car Hire –Car hire is available from Alamo, Avis, Budget, Europcar, Hertz, National and Sixt, with offices located in Terminal 1, Arrivals hall A and in Terminal 2 on level 3.

Trains also run to Offenbach and Hanau, and to Rüsselsheim, Mainz and Wiesbaden. RegionalExpress (RE) and StadtExpress (SE) trains serve many other destinations.

The AIRail Terminal long-distance train station (platforms 4-7) is linked via a connector building to Terminal 1. From here, a number of high-speed ICE trains depart to the central stations of Cologne (journey time – 1 hour) and Stuttgart (journey time – 75 minutes), with connections further afield in Germany and across Europe. Services are operated by Deutsche Bahn

— #Bus : Regular buses stop at the bus station in front of the Terminal 1 Arrivals hall, and at the bus bay in front of the Arrivals/Departures halls of Terminal 2. Bus 61 serves Frankfurt-Südbahnhof, bus 900 serves Obertshausen Bahnhof and bus 73 serves Kelsterbach, while the Darmstadt Airliner runs to Darmstadt.

There are also Lufthansa bus lines to Hahn Airport, Heidelberg, Mannheim and Strasbourg, stopping in front of Arrivals Hall B, Terminal 1

— #Taxi: Taxis are readily available outside both terminals (journey time to the city centre – 20-30 minutes dependent on traffic).

Hotels, hostels, B&Bs, whatever type of accommodation you are looking for; rest assured there are plenty of purse-friendly deals available within close distance of FRA international.

Attractions, Tours and Tickets in Frankfurt am Main Germany