Due to its popularity, Frankfurt am Main is a permanent home for the trade fair, sporting additional facilities where conferences and special events like concerts are held as well. Hotels and accommodation around the Messe area are known to provide superb value for money. The hotels near Messe Frankfurt range from basic to premium properties.

One of the closest hotels is 4 star Maritim Hotel Frankfurt. This deluxe hotel is situated next to the exhibition grounds not far from the the historical Festhalle.

Fully renovated in 2011, this 3-star-superior hotel is... read more

The Leonardo Hotel is located in central Frankfurt,... read more

This stylish hotel is located directly beside the... read more

Located a few minutes' walk from all main... read more

The Hotel Frankfurt Messe managed by Meliá is... read more

Centrally located in Frankfurt, only 150 metres away... read more

Established in 1876, Steigenberger Frankfurter Hof is in... read more

Set in the Bahnhofsviertel district of Frankfurt/Main, 25hours... read more

This 4-star hotel is a 2-minute walk from... read more

This elegant hotel welcomes you with luxurious interior... read more

This modern hotel in the heart of Frankfurt... read more

This hotel is 450 metres from Galluswarte S-Bahn... read more

This eco-friendly hotel is located 600 metres away... read more

This 4-star hotel is within a 10-minute walk... read more

The 5-Star Superior Sofitel Frankfurt Opera is in... read more

This stylish hotel lies in the heart of... read more

Situated in Frankfurt/Main and with Messe Frankfurt reachable... read more

Situated in Frankfurt/Main and with Senckenberg Natural History... read more

THE FLAG West M. Has a restaurant, fitness... read more

Important Things To Know Before Travelling

Whether you are just a general tourist or you’re looking for fresh new ideas for your business, paying Messe Frankfurt in Germany a visit is a must-add on any itinerary. The Messe is known as one of the best trade fair and exhibition groups worldwide. Hotels and other forms of accommodation are in great demand in and around the exhibition or trade fair area.

Making reservation for the best hotels, hostels or any other accommodation in and around Messe Frankfurt well in advance is crucial, especially during the tourist peak months.

There are terms and conditions that you will need to familiarise yourself with, which will make your stay all the more worthwhile. Messe Frankfurt also offers great advice on accommodation and travel tips on the website. 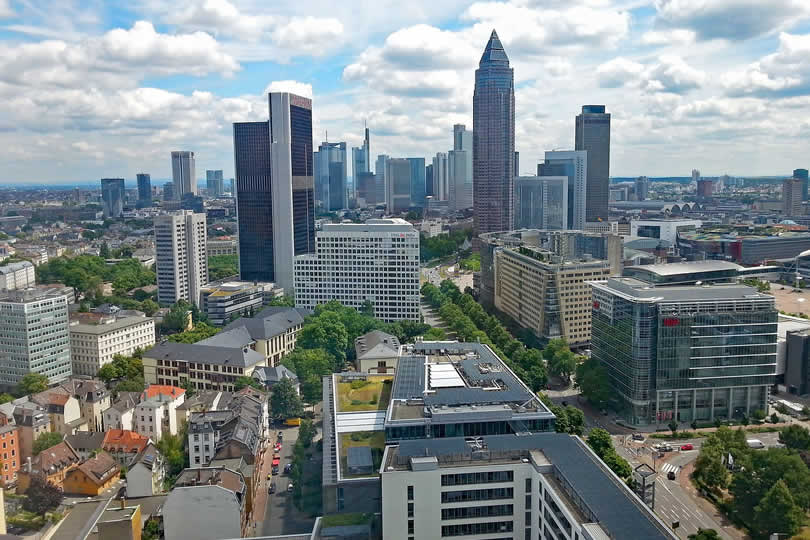 Germany is one of those European countries that welcome visitors throughout the year. If you’re used to warmer temperatures, you may want to treat yourself to a German summer.

April to September promises warm summer days and balmy evenings. This time of year also allows for a lot of street music and festivals. This will set the tone for the concerts and events planned at the Messe, as it is deemed as one of the best concert venues worldwide.

It also sets the stage for other productions, including theatrical productions and magic shows. If large crowds are not your thing, aim to visit during spring or early autumn.

Autumn is also a great time to experience the Oktoberfest, but if you’re dreaming of a white Christmas, perhaps rather book your ticket for December. Messe Frankfurt usually has delightful entertainment lined up for guests over this period.

Perhaps the exhibitions will be perfect for the last minute Christmas shopping as well.

It is located in the Bockenheim and Westend-South districts in the west of the city. Frankfurt Hauptbahnhof (central train station) is only a few minutes away from the grounds.

Travelling to and from the trade fair and exhibition grounds can be a bit cumbersome during high tourist seasons and travellers are encouraged to make use of public transport.

Taxis are available, however, come in a bit pricier and are not always able to access the entrances to the trade fair or exhibitions grounds from a reasonable distance. A fair amount of walking is to be expected in the Messe, with plenty of refreshment stops along the way.

Then change to the underground level to catch the S-Bahn service S3, S4, S5 or S6, usually from platform 104, which will take you directly to the ‘Frankfurt Messe’ stop next to the entrance of the Messe complex.

Or you can take the underground service U4 from the Hauptbahnhof (direction Bockenheimer Warte) to the ‘Festhalle/Messe’ stop.

All Hotels in Frankfurt