Hotels and Hostels near Arlanda Airport in Stockholm Sweden

The international airport of Arlanda in Stockholm Sweden is a very modern airport with four terminals: T2 and T5 are for international flights, and T3 and T4 are for flights inside of Scandinavia. There are free shuttle busses between the airport terminals. Between T4 and T5 is the central service and shopping area ‘Sky City’.

Find the best hotels and cheap hostels close to Stockholm Arlanda ARN. Search for the cheapest hotel rooms nearest to the airport, located nearby the town of Märsta, 37 km or 23 miles north of Stockholm city centre and nearly 40 km or 25 miles by road south-east of Uppsala.

What are the Best Stockholm Airport Hotels?

Accommodation in Sweden near International Airport in Stockholm

This hotel lies next to Stockholm-Arlanda Airport. It... read more

This unique property is set in a former... read more

This modern design hotel is located inside Arlanda... read more

An entire floor in a beautiful villa, close to Arlanda Airport

A room in a villa close to Arlanda Airport

Featuring river views, A room in a villa... read more

There are four airports in the area of Stockholm: Stockholm Arlanda Airport, Bromma Airport, Skavsta Airport and Västerås Airport.

Location — The Arlanda Stockholm airport is located 43km (27 miles) north of Stockholm. The Arlanda airport in Stockholm is closer to Uppsala (28 kilometers) than to the Swedish capital

Driving Directions : From Stockholm, take the E-4 north to Arlanda and follow signs for the airport. E4 is the motorway that connects Stockholm with Uppsala. The exit to the airport is clearly indicated.

Car Hire — Car Rental Companies at the airport include Avis, Europcar and Hertz. A shuttle bus service runs between the terminals and the car hire area.

Public Transport — #Rail : The Stockholm Arlanda airport has three train stations: one (under SkyCity) for long-distance destinations including Trondheim and Göteborg, and two (one under Terminal 5 and one with exits to Terminals 2, 3 and 4) for frequent express trains to Stockholm.

— #Bus : There are bus stations outside Terminals 2, 4 and 5. Buses run to Stockholm City Terminal (journey time – 45 minutes) and to many other destinations. Bus 583 connects with the commuter train at Märsta station.

— #Taxi: Taxis run from directly outside the airport terminals. When taking a taxi, passengers should speak to a taxi coordinator, found outside the terminal building. Taxis registered as environmentally “clean” cars have a separate queue. At the airline terminals, these “ecotaxis” are always at the front of the queue of taxis. 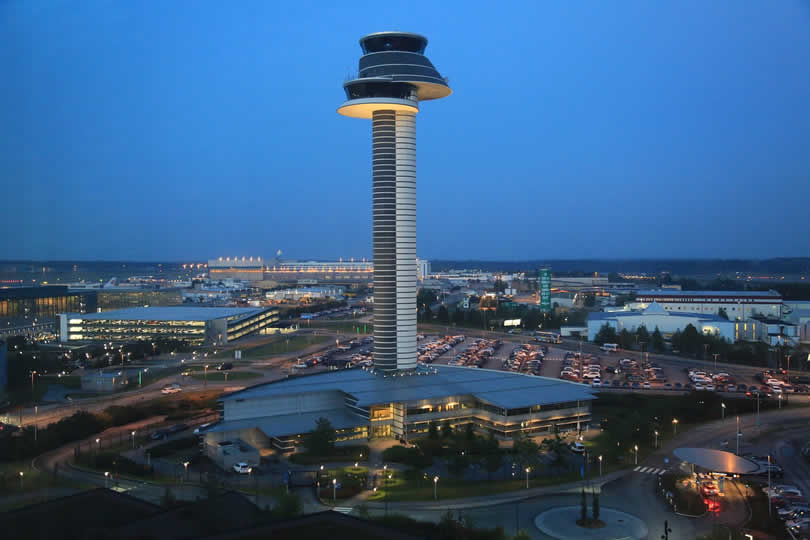 Powered by GetYourGuide
More Attractions, Tours and Activities
Where to Stay in Stockholm ?
Best Hotels in City Centre
Hotels near Train Station