If you’re arriving into Paris by Eurostar and want to see as much of the city as possible during your stay, sticking close to Gare du Nord station when hunting for hotels is a good idea.

Visitors will find plenty of affordable hotels only a short stroll from the train station, with cheap hostel accommodation for those on a tight budget, and celebrated five-star hotels near Eurostar Paris for those looking to indulge in some genuine luxury during their trip. Opt for a affordable hotel stay just moments from the rail station, and enjoy streamlined check-in, only minutes after disembarking your train.

Check out the 4 best hotels near Eurostar Paris.

In the heart of Paris, Metropol is situated... read more

This design hotel with a Parisian theme décor... read more

Set in a Hausmannian-style building, the Avalon Hotel... read more

This hotel is located in the centre of... read more

This 3-star hotel is opposite the Gare de... read more

Just a 10-minute walk from République and the... read more

Located in the heart of the Montmartre district,... read more

In the heart of Paris, this hotel is... read more

The Hotel Paris La Fayette is located a... read more

Hotel The Playce by Happyculture

Set in the lively Montmartre district, Hotel The... read more

Pax Opera is located in the 9th district... read more

Situated within walking distance of the Sacre Coeur... read more

Located just a 5-minute walk from the Gare... read more

Situated in the heart of Paris’ 10th district,... read more

Located in the 9th district of Paris, Hotel... read more

Hotel Liberty is located in the 10th district... read more

Located in the heart of Paris, just a... read more

A Room In Paris

A Room In Paris is a bed and... read more

Well situated in the 10th arr. District of... read more

Set within a 9-minute walk of La Cigale... read more

For many visitors, the Gare du Nord Eurostar Station will be their first port of call upon arriving in Paris. The historic 19th century station is an important Parisian landmark in and of itself, and today connects the French capital to the rest of Northern France, Belgium (Brussels Midi), the Netherlands, Germany and the United Kingdom.

The Gare du Nord (meaning Northern Station) is one of the six large terminus railway stations of the SNCF’s main line network in Paris France. It offers connections with several urban transportation lines (Paris Metro and RER) By number of travellers (around 180 million per year), it is the busiest SNCF station, and probably the third busiest train station in the world.

Whether you’re headed to Paris for a romantic weekend getaway, or following your favourite sports team on an away game at the Parc des Princes PSG, picking a budget friendly hotel near Gare du Nord makes perfect sense.

Gare du Nord station serves an important transport hub for Paris and much of northern France. International train services arrive into the station daily, connecting the French capital with the rest of Western Europe. High speed trains travel towards Brussels Midi, Antwerp Centraal, Rotterdam, The Hague and Amsterdam Central St. (Thalys) and towards London (eurostar). There is a direct metroline (4 Porte d’Orleans) towards Gare Montparnasse.

The newly refurbished Eurostar Paris terminal is located on the first floor of the Gare du Nord station in central Paris. The station was originally built in 1846 and was rebuilt three times because of increasing travel. In 1864 the new and larger station was fully functional. 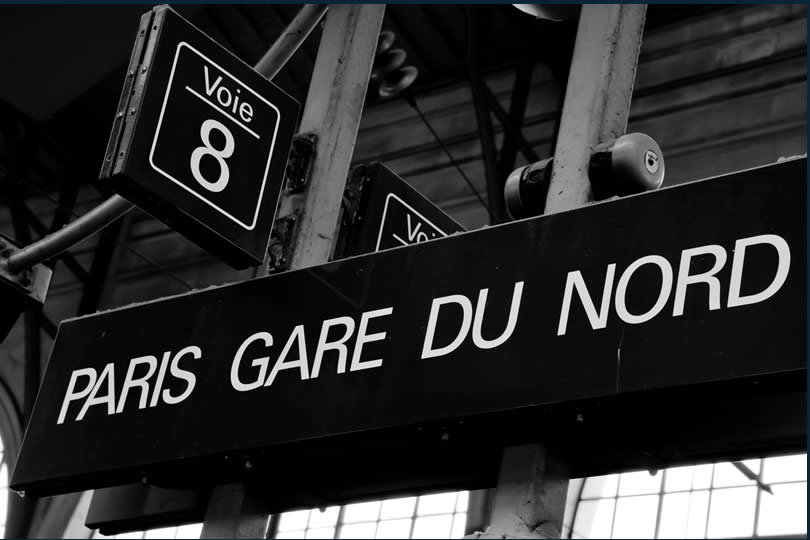 If you’re only in town for a couple of nights, the last thing you want to do is waste time tracing back and forth across a new city in search of accommodation.

Visitors won’t have to stray far for great deals on affordable accommodation in the historic city, with cheap hotels near Eurostar Paris and room rates on offer all year-round.

Perfect for staying close to the heart of it all, Gare du Nord offers convenient metro connections to points of interest and iconic landmarks across the city. For visitors staying in hotels further afield, the Parisian metro system and public transport network offers easy links to destinations across the city and beyond.

From the station you can easily travel out to one of the cheap Disneyland Resort hotels and bed and breakfast near Disneyland by RER train.

Make the most of every minute in Paris, and enjoy a short walk back to the Eurostar terminal once it’s time to head home. Off to see more of Europe? You’ll find regular connections to major cities across France and the rest of the continent, departing every day of the week.

Stay close to the centre of things

First time visiting Paris? Make sure it’s a visit to remember with a great stay in some of the city’s best hotels. Staying close to the centre of things will maximize your time, letting you see the very best attractions, monuments and exhibitions the city has to offer.

Sightseers can start soaking in their surroundings at Gare du Nord itself, with the station offering a plethora of unique sculptures and art installations, with some of the most renowned architectural design on the continent.

From the north station, it’s only a short trip via the metro or bus to other hotspots across Paris such as the iconic Eiffel Tower and the Notre Dame Cathedral, with clearly labelled signs and first-rate tourist information to help visitors acclimatize to their surroundings, before heading out to enjoy everything the capital has to offer.

Don’t know where to stay? Check out the best areas to stay in Paris city centre. 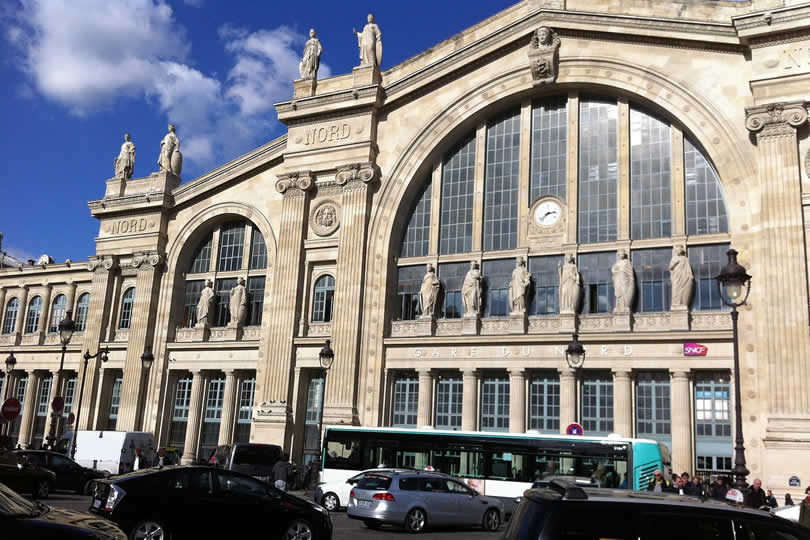 Powered by GetYourGuide
More Attractions, Tours and Activities
Scroll to top
By continuing to browse this site, you are agreeing to the use of cookies, whose purpose it is to provide web analytics and measurements of visitor traffic and browsing behavior. Find out more.