The Feyenoord football club is based at the Kuip Stadion, located in Rotterdam in the province of South-Holland. The club plays in the Dutch Eredivisie, the highest football league in the Netherlands. It has also long been one of the home grounds of the Dutch national team.

There is a huge choice of hotels within easy reach of the stadium. Accommodation located right in the heart of the city centre or next to the A15 motorway just a short drive away from Feyenoord Rotterdam football club. When staying in the city centre or near the central train station, you can reach the stadium by public transport in 10 to 20 minutes.

Distance to Stadium: 8 minutes drive
Outside City Centre, Next to the A15 Motorway, Free Parking

Accommodation in Rotterdam near The Feijenoord Stadion

Bastion Hotel Barendrecht is situated along the A15... read more

ART Hotel Rotterdam is situated in a building... read more

Experience a charming stay in the characteristic Hotel... read more

This Van der Valk offers rooms in a... read more

Situated in the city centre of Rotterdam, Stayokay... read more

Situated just outside the centre of Rotterdam, The... read more

Located on the Wilhelmina Pier in the building... read more

Hotel Santa Maria is located in Rotterdam at... read more

King Kong Hostel is located in the Cool... read more

Located in the heart of Rotterdam in Wijnhaven... read more

Situated in Rotterdam, Sudermar is a ship at... read more

Located within walking distance of the city center,... read more

Offering air-conditioned rooms in the Centrum district of... read more

De Kuip in Rotterdam The Netherlands

De Kuip Football Stadium or The Feijenoord Stadion, better known by its nickname de Kuip (the Tub), is a stadium completed in 1937. Today it’s called “Stadion Feyenoord” derived from the area “Feijenoord” in Rotterdam, and from the club with the same name. It has a present seating capacity of 51,177. Maximum capacity was 69,000 in 1949.

It is the home stadium of football club Feyenoord, one of the traditional top teams in the Netherlands.

It hosted over 150 international matches of the Dutch national team, with the first one being a match against Belgium on May 2, 1937.

In 2002, the final of the UEFA Cup was played at De Kuip between Feyenoord and Borussia Dortmund. 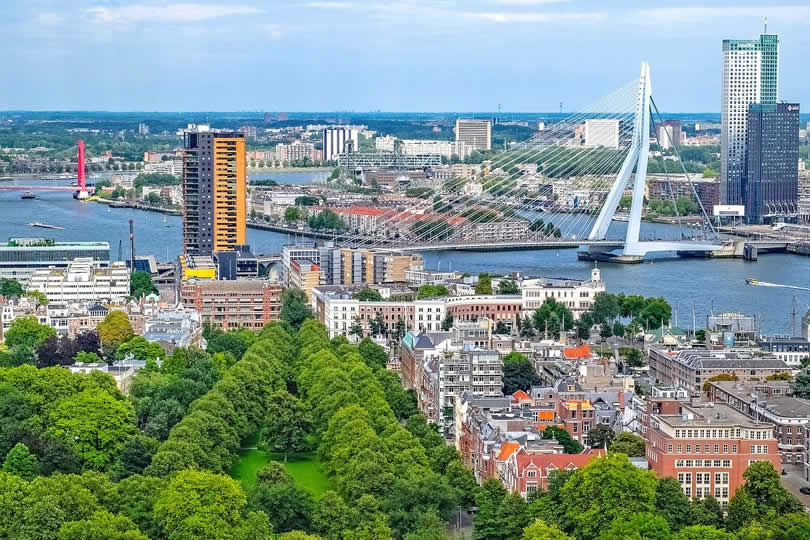 Location of De Kuip Stadium — the football ground of Feyenoord is situated south-east of Rotterdam city centre in The Netherlands. The city center is around 4,5 km away from the ground.

On matchdays it possible to catch a train from Rotterdam Central Station or Dordrecht Central Station to station Stadion Feijenoord, which lies adjacent to the stadium. On non-matchdays there is no train service to this station.

From Station Lombardijen you can take tram line 2 direction Charlois or line 20 direction Central Station and get off at stop Breeplein.

There are also international trains from Rotterdam to Belgium and France.

By Tram — tram 23 takes you to the Kuip stadium from Rotterdam’s central station (direction Beverwaard). On matchdays you can also take tram 12.

By Bus — bus line 48 takes you from the central railway station to De Kuip stadion. Get off at stop Station Zuid which is a 5 minute walk away from the ground.

From Zuidplein you can take bus line 71, get off at Maasstad Clara (Olympiaweg).

Spacious, colourful and with an amazing view over the harbours of Rotterdam, the unique rooms of Best Western ART Hotel Rotterdam offer all that and more… Originality of décor and reliability of…

Uniquely situated in the city centre, at the waterfront and the Erasmus bridge! A designhotel with the ‘view over water’ theme, free use of the Wellness Club H2O and everywhere Free Wifi.

Tulip Inn Rotterdam is situated in a lovely part of Rotterdam, on the banks of the Maas River and near the city centre of Rotterdam.

Attractions, Tours and Tickets in Rotterdam The Netherlands