Pre-and post cruise hotel stays near embarkation and debarkation ports close to
cruise line terminals in Europe and Dubai.
We are specialist for hotels and motels in all European cities.

Pre-and post cruise accommodations are great for sightseeing and allows you to see more
than just a glimpse of the airport and a wild taxi ride to the pier. 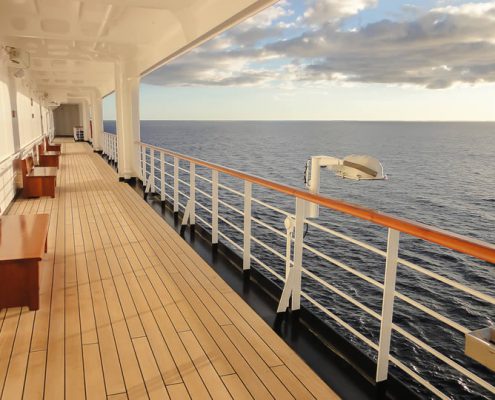 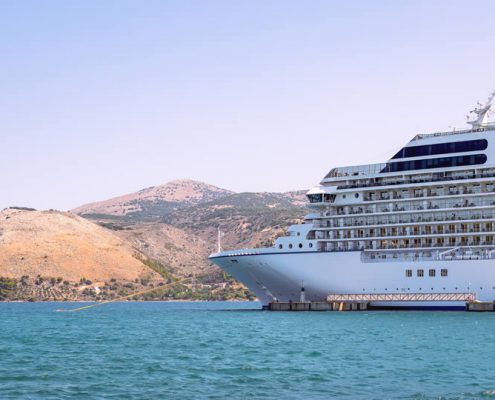 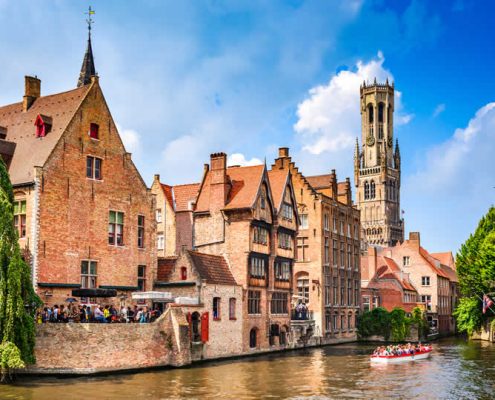 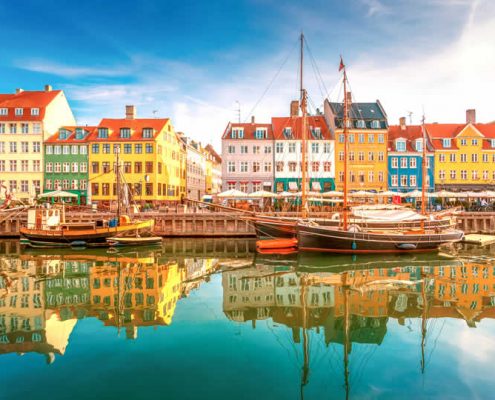 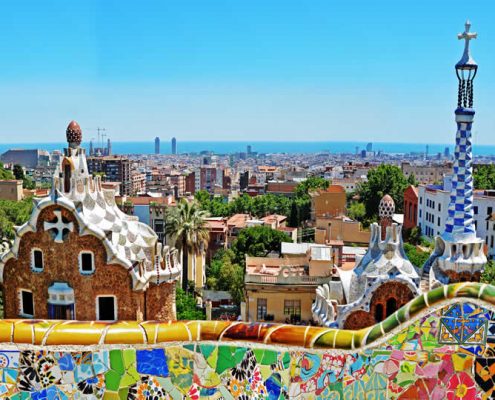 Set sail on a cruise ship in the Mediterranean, Western Europe or the Baltic and book the best deals and last minute offers for a pre or post cruise hotel, b&b and apartment near ship terminals in Europe and Dubai. Book today and save 10%, 20% or up to 80%.

Why not stay for 1,2,3 or more nights at your port of departure or arrival ? No1 in Cruise Port Hotels !

Where else in the world can you experience so much rich culture, history and natural beauty in one vacation then on a cruise in Europe. The old continent has got incredible ports of call and you can explore all this on fascinating shore excursions.

Stay a couple days before you board you’re vessel because Europe’s ports have a lot to offer. Enjoy your trip !

Port of Amsterdam – The Netherlands 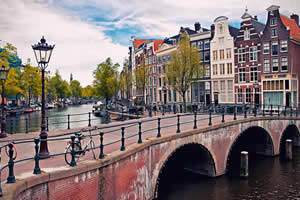 The Port of Amsterdam is often the starting or finishing point of cruises. It also features as a stop for cruises to Northern Europe and the Mediterranean.

Location : The Amsterdam Terminal is at the head of the Oostelijke Handelskade in Amsterdam near Central Train Station, 20 min. from Schiphol Amsterdam International Airport).

Hotels : See hotels near Port in Amsterdam The Netherlands 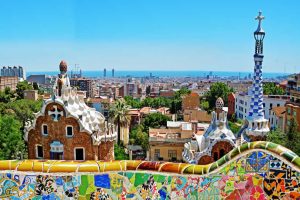 The Port of Barcelona is the starting and arrival point for many Mediterranean cruise itineraries. Its port is the gateway for over 1,2 million passengers every year.

Location : The Barcelona Cruise Ship Terminal is at Port Vell in Barcelona which is at the Southern most end of the famous Ramblas, 25-40 min. by taxi from El Prat (Barcelona International Airport). 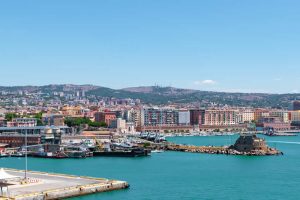 The Port of Civitavecchia is the harbor city of the Eternal City of Rome, one of the Mediterranean’s most important cruise ports.

Location : The Civitavecchia Cruise Ship Terminal lies 85km from the Eternal City of Rome on the Tyrrhenian Sea, 50km from the Rome International Airport, Fiumicino and Ciampino Airport. 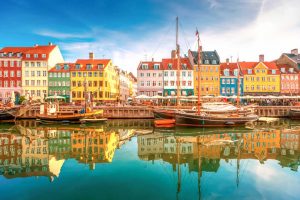 The Port of Copenhagen is the main gateway to Scandinavia, Russia, Baltic Countries and Poland where mostly all cruise vessels have stopover ports.

Location : Ships are berthed at Langelinie, a pier just north of the Little Mermaid and about 3km from the city’s center, 30min by taxi from Kastrup (Copenhagen International Airport)or at Freeport Terminal (4km from city’s center). 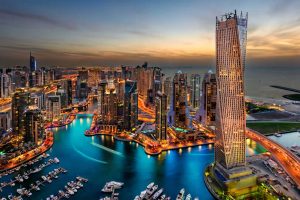 The Port of Dubai (port Rashid) is a place of fascinating contrasts, where the East and the West meet, located in The Middle East, bordering The Gulf of Oman and The Persian Gulf. 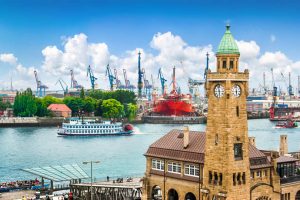 The Port of Hamburg is Germany’s largest harbor and its second largest city. Located 100km inland on the banks of the Elbe. Its the perfect embarkation port for cruises to Northern Europe. 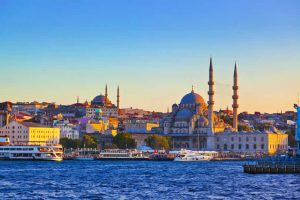 The Istanbul CruisePort is used by many cruise ships as an embarkation or disembarkation point for cruises of the Greek Isles and the Mediterranean. 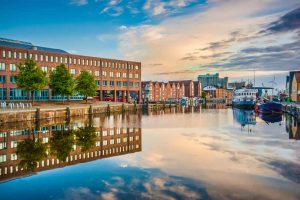 The German Port of Kiel is the ideal starting or ending point on North European cruise itineraries, as well as a perfect port of call.

Location : The terminals are located in the City Centre, 60min from Hamburg International Airport, 10 min. from Kiel Domestic Airport. 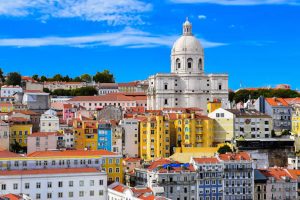 The Port of Lisbon has a very good geographical postition to serve as a switching point or base port for cruises to the Atlantic coast of Europe, The Mediterranean and Northern Europe.

Location : The Harbor of Lisbon has 3 terminals, located in the heart of the city (within easy walking distance from tourist sites). Portela (Lisbon International Airport) is 15min. away.

Cruises out of Livorno – Italy 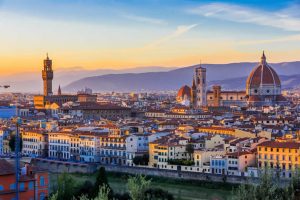 The Cruise Ship Port of Livorno is of fundamental importance in the cruise sector in that it is the doorway to Tuscany, its art, its history and its cities. Livorno serves as the gateway to the cities of Pisa and Florence. 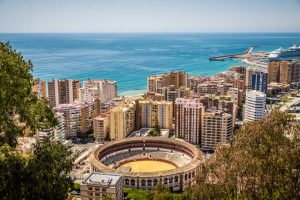 The Port of Malaga is the gateway to Granada, located in Andalusia, Southern Spain, which contains probably the greatest tribute to the Moorish Empire in Spain, the Alhambra. Royal Caribbean Cruise Line use Malaga as a departure port.

Location : The Port of Malaga is situated in the south of the Iberian Peninsula, on the Southern Coast of the Mediterranean, sheltered by a natural bay. 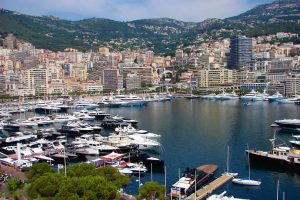 The Port of Monte Carlo in the principality of Monaco, is a favorite harbor for many cruises. Ideally located for cruises in the Mediterranean.

Location : Vessels dock at the Hercule Port, located in the heart of the district of the Condamine, and nearby all shopping and leisure facilities. Nice Airport is 22km away. 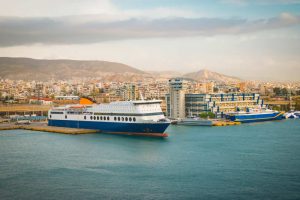 The Port of Piraeus is an important destination for cruise ships in the Mediterranean Sea. Ideally located for cruising Eastern and Western Mediterranean.

Location : Ships dock at the Harbor of Piraeus, 11km (7 miles) southwest of Athens. Athens Airport is 45km by car. 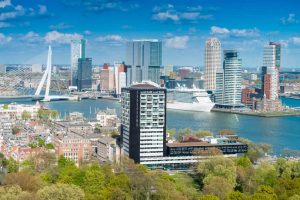 The Port of Rotterdam in the center of Holland is the largest harbor of the world. It’s the perfect starting or ending point for a European cruise. 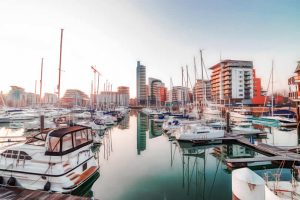 The Port of Southampton is the cruise capital of the UK, for most passengers, it’s the first and/or last dock on a European cruise or Atlantic crossing.

Location : Southampton has 3 cruise ship terminals all close to the City Centre, the Queen ELizabeth II 2.2 miles, the Mayflower 1.5 miles and the City Cruise Terminal 1 mile. Airport is 15-20min. away. 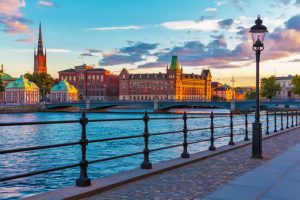 The Port of Stockholm is located between Copenhagen, Denmark, and St.Petersburg is the perfect starting or ending point on a Baltic cruise itinerary.

Location : Ships dock virtually right in town or, depending how busy it is at the commercial port about 15min. away. Arlanda International Airport is 45km from Stockholm. 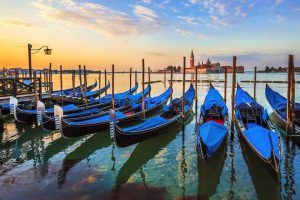 Location : Venice Cruise Harbor is located near the 4-km causeway that links the historic city with the mainland. The Port is just 15-20min. from Marco Polo International Airport (Venice).

Mediterranean Cruises : Best temperatures to sail the Mediterranean are in the spring and fall. Greece, Turkey, the Rivieras, and southern Italy and Spain get especially hot during the Summer months.

#Eastern Mediterranean Cruises : These cruises generally include ports in Turkey, Greece, Greek Isles, Croatia, Italy, Egypt, Israel and other Eastern Mediterranean countries. Explore the islands of Cyprus Crete, Euboea, Rhodes, Lesbos, Chios, Kefalonia and Corfu. Visit the ancient sites in Greece and Turkey, and visit Dubrovnik, considered the most beautiful port along the Adriatic Riviera. Enjoy a gondola ride in the famed canals of Venice Italy after a tour of St. Mark’s Basilica at the Piazza San Marco. Visit in Rome the Trevi Fountain, the Colosseum, the Spanish Steps or tour the Vatican City.

Many of the eastern Mediterranean cruises start and/or end in Italy, usually in Venice, Rome (Civitavecchia), Piraues Greece (Athens) or in Istanbul Turkey.

Many of the Western Europe cruises start and/or end usually in Amsterdam (Holland), Southampton (England), Dover (England) or Copenhagen (Denmark). Some cruises depart also from the port of Edinburgh, Hamburg or Kiel.

Most cruises sail from April to October.

Baltic Cruises – Northern European Cruises : Cruises sail to northern Europe usually only from late May to early September, with the late summer providing the best weather. Mid-June to early July is particularly interesting because of the midnight sun, which only disappears for 3-4 hours each night. Expolre one of the most fascinating regions in the world, representing a captivating of imperial treasures and spectacular scenery.

The cruise region stretches from the British Isles through Scandinavia, and all the way to St. Petersburg, Russia. Baltic and Scandinavia cruises sail to Norway, Sweden, Denmark, Finland, Estonia, Latvia and/or Russia.

Many of the Northern European cruises depart/end in Stockholm Sweden or Copenhagen Denmark. Some cruises sail also from Hamburg or Kiel in Germany.

Trans Atlantic Cruises : A Transatlantic cruise is perfect for passengers who loves lazy days at sea with only a few ports of call and an experience that you’ll never forget. The focus of a transatlantic trip is the lifestyle on board the vessel.

Cunard Line offers more regular Trans-Atlantic sailings than any other cruise line, and these classic departures can be found at some point during every month throughout the year, customarily for 6 nights between New York City and Southampton, UK England aboard the majestic QM2 (Queen Mary 2).

Most Transatlantic Cruises in Europe depart from the port of Southampton UK, Dover UK, Barcelona Spain or from Lisbon Portugal.

At at the end of April or in early May, many ships ending their winter season in the Caribbean a make an eastbound crossing to begin a series of cruises in Europe for the summer. In September or October, at the end of the summer Europe season, the ship returns westbound to the warm weather of the Caribbean.

Why choosing for a European cruise ?

A European cruise is the perfect way to see Europe. Cruises to Europe are very different from cruises to the Caribbean or Alaska but are a wonderful experience. Start in one of the many old medieval cities and then visit a region ending up in a completely different country where you can continue your European exploration.

Imagine yourself on a European cruise. Your adventure begins in a rich cultural city such as Rome, Istanbul, Venice, Amsterdam or Copenhagen. From the fjords of Norway to the canals of Venice (take a gondola ride) to the old ruins of the Mediterranean, the Gothic cathedrals of Spain, visit Florence the birthplace of the Renaissance and the holy grounds of the Vatican City in Rome, …explore the richness and beauty of old Europe on a fantastic cruise ship.

A European cruise offers you an opportunity to see al lot of Europe’s history without the logistical challenges of ground transportation, multiple hotel rooms, choosing restaurants and paying extra fees for everything.

Most cruise ships sail at night and arrive in the next port of call early in the morning, allowing passengers a full day to sightsee, it’s a great way to see the history, cultural sites, art, beaches and natural beauty of Europe.

Are you ready for the vacation of a lifetime ?

Always plan to arrive at least one day before the cruise departs but 2 to 4 days is much better. Most European cruises leave from very interesting ports, so take a few days to explore your departure and debarkation port. The major starting ports in Europe are Barcelona, Civitavecchia, Southampton, Venice, Amsterdam and Copenhagen. You can find several interesting hotels near the several cruise ports.