The Summer Olympic Games, otherwise known as the games of the Olympiad,
is an international sporting event that comprises a variety of games. The International Olympic
Committee holds this event once every four years in major cities around the world.
This year, the event was to be held in Tokyo, Japan but has been postponed
due to the recent outbreak of the Covid19 disease. Nevertheless, the
competitions will still take place next year as of July 2021.

Book the Best Hotels in Tokyo

Tokyo is the capital of Japan. The city has grown to become an important business and cultural centre of the world. This year, the city was set to host the international Olympics.

However, due to the coronavirus outbreak, the event had to be postponed to 2021. In preparation for the event, we have compiled a list of the best hotels you can stay in during the Olympics.

As a fan of this event, you will need to choose where to stay in Tokyo early in advance to get the best places. Tokyo is a large city, and as such, it would be convenient if you choose a hotel that is close to the venue, and that is also attractive enough so that you can enjoy your stay in the city.

Only a 5-minute walk from Akasaka Subway Station,... read more

Located at the heart of the downtown Roppongi... read more

Featuring stylish rooms with a kitchenette and city... read more

Hotel Tateshina is located in central Shinjuku, a... read more

Opened in August 2014, this hotel is located... read more

Situated a minutes’ walk away from Akasaka-Mitsuke Station... read more

Located next to Jingu Stadium and a 6-minute... read more

Conveniently set in the Minato district of Tokyo,... read more

Ideally situated in the Shinjuku Ward district of... read more

Well set in the centre of Tokyo, Book... read more

Attractively situated in the Shinjuku Ward district of... read more

In the centre of Tokyo, located within a... read more

Located in Tokyo, within 5 km of Hatomori... read more

Situated in the centre of Tokyo, 60 metres... read more

Where to Stay for Tokyo Summer Olympics?

This year, the event was to be held in Tokyo, Japan but has been postponed due to the recent outbreak of the Covid19 disease. Nevertheless, the competitions will still take place next year as of July 2021.

Among the best neighbourhoods include Shinjuku Ward. This ward is the location of the Tokyo Olympic Stadium. This area has three stations including Sendagaya, Shinanomachi and Gaiemmae stations. It will be easy for you to commute by train from one of these stations. You can also stay in Shibuya Ward and Roppongi. These areas are all within the Heritage Zone, where the main opening ceremony will be held. It is also in the same zone that track and field events will take place. This area has amazing sceneries and other beautiful locations that could serve you well if you enjoy sight-seeing.

The Tokyo Bay Zone will host aquatic events. If you want to watch these events, then you can choose between Tatsumi (Koto), Odaiba, Nihonbashi, and Ginza Ward. The latter two are ideal for sight-seeing and lie in between the Heritage and the Tokyo Bay Zone. They also have good transport facilities, like electric trains. Odaiba and Tatsumi are close enough to the aquatic stadiums. You can walk from your hotel to the stadiums, though there is a limited number of hotels here. However, the two are not ideal for sight-seeing, so you will have to commute to Ginza or Nihombashi for that purpose.

You can also choose a neighbourhood that sits between the Heritage and the Tokyo Bay Zone. A good place is the Tokyo Station Area. You can access the track and field events stadiums as well as the aquatic stadiums if you are interested in both. The location also has a range of restaurants, hotels and entertainment spots and is very convenient if you want to commute to any other part of the city. You can stay anywhere in the Chiyoda district around Yurakucho, Ohtemachi, the Imperial Palace Area, Marunouchi, and Nihonbashi. You can also stay at Ginza due to its proximity to the two zones and its variety of hotels, shops, and restaurants. It also has a good transport network, so commuting to any other area from Ginza will be very easy.

If you love green sceneries, check out Shimbashi, Hamamatsucho, and Shiodome neighbourhoods. These are adjoining districts that are close enough to both the Heritage and the Tokyo Bay Zones. While in any of these areas, you will be in a position to access any of the stadiums used for these events depending on what you want to watch. You also have a variety of hotels to choose from and a whole lot of restaurants. 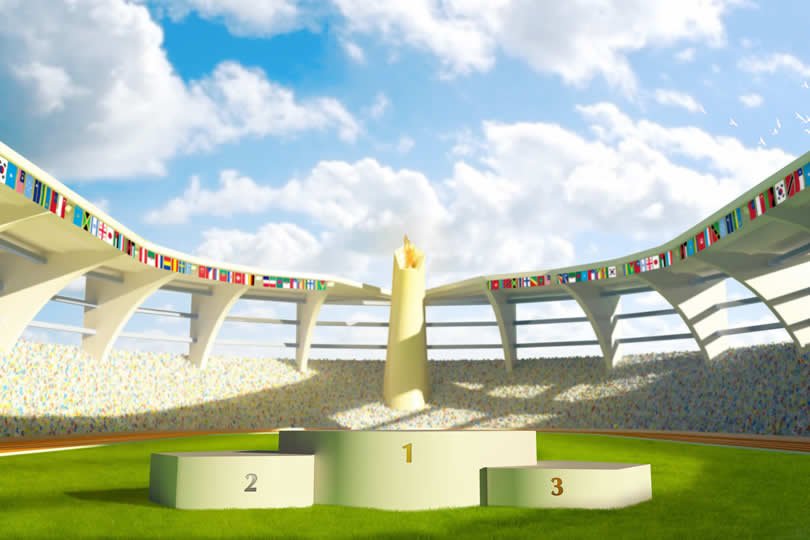 What are the Best Hotels for Tokyo Olympic Games?

Mitsui Garden is an outstanding hotel in the heart of Tokyo. It comprises very spacious guest rooms, about 25 square meters each with a balcony. You can view the amazing city’s scape and the adjacent Meiji Jingu Gaien as well as Shinjuku Gyoen National Gardens. There is a large bath, and a gym on the second floor that guests can use while on their stay in the hotel.

Nihon Seinenkan is a beautiful hotel located just about six minutes’ walking distance from Gaiemmae Station. It is also very close to Japan National Stadium and Jingu Stadium. The hotel has excellent amenities suitable for any guests. The rooms have refrigerators, flat-screen television, wardrobes, a private bathroom in each room, hair driers and air conditioners among other features.

There conference rooms if you want to have some meetings here, a large public bath to relax and a concert hall. You can browse the internet while at any part of the hotel thanks to the facility’s strong Wi-Fi connectivity throughout the entire building.

You will love Hotel Allamanda Aoyama Tokyo, that is just a minute walk from Gaienmae Subway Station. It is also close to Harajuku and Omotesando shopping areas for those who love shopping and about 14 kilometres from Tokyo Haneda International Airport. If you want to visit a museum, you can check out the Nezu Museum that is only 900 meters away, or Mori Art Museum that is about one and a half kilometres away.

The rooms in this hotel are exquisite, featuring a private bathroom with a bath and a bidet. You will also find a flat-screen television, a kettle, some towels, and other personal emoluments. There’s a gym, a spa and a swimming pool that guests can use free of charge while they stay in the hotel.

– If you want to experience the beauty of the Tokyo skyline, then this is the hotel to stay in during the Summer Olympic Games. The hotel occupies the entire seven topmost floors of the Tokyo Garden Terrace. It has 250 rooms with 11 premier suites for accommodation, two bars, two restaurants, a skyline spa, and other amenities.

You will be literally in a city, within another city. The rooms give you an amazing view of the city that you would not even want to stroll around. You see just anywhere as far as your eyes can around Tokyo while relaxing in your room. The hotel is located in the Chiyoda area just a few minutes from Tokyo’s main train station, thus allowing you to traverse the city very easily.

– This magnificent hotel is close to the Tokyo Tower and Tokyo Imperial Palace. It is a minute away from Tokyo’s main train station to enable you to commute easily. Within walking distance from various Olympic stadiums, so you will not need to use any taxis to access these stadiums.

The accommodation is designed with a touch of class for your comfort. Get to enjoy air-conditioned rooms with refrigerators, Wi-Fi connectivity, private bathrooms, toiletries and bidets, among other amenities just for your comfort. You can order anything from the comfort of your room thanks to the toll-free phones in each room connected directly to the staff.

About The Summer Olympics

The modern Olympics dates back to 1896 when 14 nations participated with less than 250 male competitors in only 42 events. The first event was held in Athens, Greece, where most of the participants were Greek men. Women were not allowed to participate, though one defiant woman Stamata Revithi insisted on running the Marathon alone.

This event attracted more than 100,000 fans in the opening ceremony at the Panathinaiko Stadium. It was the largest ever crowd in a sporting event at that time. It has since grown tremendously with 306 nations participating with more than 11,200 sportsmen and women who compete in 306 events.

Where was the First Olympics Held?

The Olympic Games have quite a long history that forms part of Greek history. However, the first modern Summer Olympic Games were held in Athens, Greece, in 1896. The main venue for this event was held in the Panathenaic Stadium.

What do the 5 Olympic Rings Mean?

The Olympic flag, or rather logo features five interlocking rings. These rings are coloured, blue, black, red, yellow and green. The rings symbolize the five world continents while the colours on the backdrop of white represent colours in every flag of the participating countries.

Where will be the Next Summer Olympics?

Book Best Tokyo Hotels
Scroll to top
By continuing to browse this site, you are agreeing to the use of cookies, whose purpose it is to provide web analytics and measurements of visitor traffic and browsing behavior. Find out more.