Enjoy your stay with a hotel at the best rates and support the professional
players who win a large sum of money in the final. We look into some of the best
hotels you can stay for the 2021/22 World Darts Championship, held
at the Alexandra Palace in London England.

The most famous darts tournaments are organized by the PDC (Professional Darts Corporation) and the BDO (British Darts Organization). One of the highlights of the season is the World Darts Championship.

To attend this tournament publicly, it may be interesting to book a hotel stay close to the location where the darts tournament is being held, the Alexandra Palace in London UK.

Above a traditional pub, this hotel offers budget... read more

With en suite rooms and a cosy bar... read more

Set in London, a 12-minute walk from Emirates... read more

Rooms To Let In London

Located in London, less than 1 km from... read more

Home away from home

Located within 1.2 km of Emirates Stadium and... read more

CLN STUDIOS, a property with a garden, is... read more

Located in London, within 6 km of Alexandra... read more

Situated in London, within 2.2 km of Emirates... read more

Where Should I Stay for World Darts Championship ?

Darts is an ancient game that can be played both indoors and outdoors. A sport with 3 darts or arrows and a dartboard. The game is especially popular in England, but is also starting to become popular in the Netherlands, Belgium and other countries.

The most famous way of darts is 501, each player gets 501 points and must end in 0, the last arrow must be double. Whoever has 0 first wins the game. It consists of 3 legs, a set. This form of play is also held at official competitions.

Another option is to stay in Central London close to railway station (Moorgate or Kings Cross) or tube station from where you can easily travel to Alexandra Palace station or Would Green metro station.

Among the nearest hotels from the venue are Roseview Alexandra Palace Hotel and Muswell Hill B&B. Both properties are located within easy walking distance from the Darts World Championship venue. The city centre of London can be reached from both accommodation in approximately 40 minutes by public transportation.

Looking only for the best hotels ? Check out our handpicked list of top hotels in London. 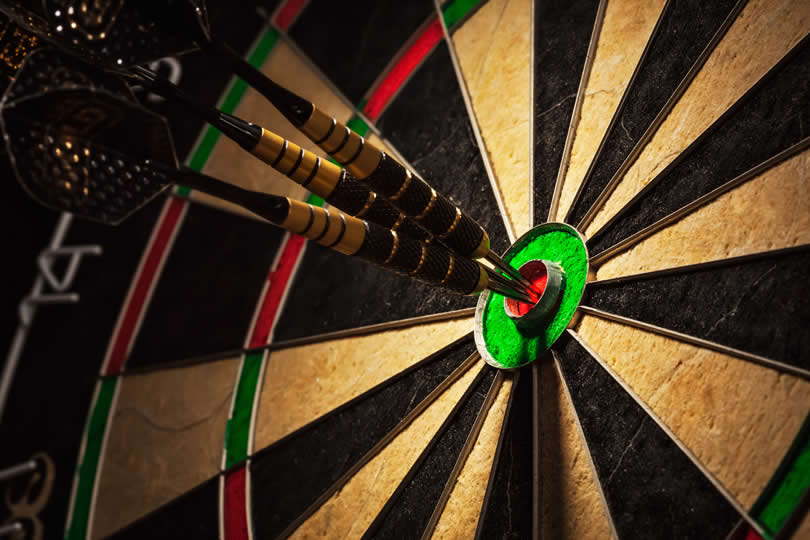 How to get to Alexandra Palace?

The Alexandra Palace entertainment venue is located in the London Borough of Haringley, approx. 40 minutes north of Central London by Public Transport.

The venue has it’s own railway station, called Alexandra Palace Station which is located within easy reach at the Wood Green entrance to the Park. Regular trains run from central London’s Moorgate Station, which is located near Liverpool Street Station hotels.

You can also opt to take a train from Kings Cross station and change at Finsbury Park.

Book Best Hotels in London
Scroll to top
By continuing to browse this site, you are agreeing to the use of cookies, whose purpose it is to provide web analytics and measurements of visitor traffic and browsing behavior. Find out more.