Where to Stay in Galway Ireland ? 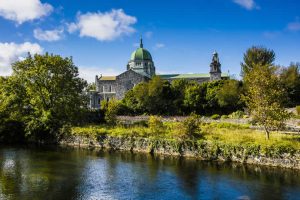 Galway City is located in the province Connacht on the Western side of Ireland. Galway is one of the most popular when it comes to Ireland history and culture. The residents are friendly and will do anything to ensure that tourists feel welcome in their City.

Galway is also a vibrant city full of music, art and other cultural activities that attract visitors from different parts of the world. Living in the city gives visitors the opportunity of exploring a lot of towns and villages that surrounds it. It is a large city, and you may be required to visit several neighbourhoods to have a complete feel for the area.

What’s the best area to experience the city for the first time, tourists, what’s the best district for dining or nightlife, or where to stay for beach and seaside ? Read on below to find out more best neighbourhoods to stay in Galway Ireland.

What is the Best Area to Stay in Galway ?

The city centre is the heart of the Galway community and hence a perfect please for first-timer. Some of the most enjoyable activities in the City includes bus tour and historical sites such as the Galway Museum and the cathedral. You can get everything you need in this neighbourhood from shopping malls, nightlife and impressive views.
There are a lot of hotels for accommodation in the city centre, no matter your budget. Here you can enjoy the unique pedestrian streets surrounded by shops, pubs and restaurants. Walking around the City is the best way to experience its feel, unlike someone in a vehicle or train. You can pass the time at Eyre Square, enjoying the unique architecture and the market.

Where to Stay in Galway City Centre

Best Areas to Stay in Galway

Best places to stay in Galway for romantic trip ? Bed and Breakfast or Small Boutique Hotel

You will best experience romance in Ireland by staying in one of its magnificent Boutique Hotel. Most of these hotels offer top-class services, and the rooms are cosy to give visitors the comfort they deserve. Here you have the help of friendly and professional hosts who will ensure that you have made the most of your stay in Ireland. Most of these hotels offer additional activities such as hiking, reading around the local villages, and so much more. The bed and breakfast accommodation and boutique hotels are available all over Ireland and will all give the services at a reasonable price.

Where to stay in Galway for best dining & nightlife ?  Eyre Square

Also known as the J.F Kennedy Park, Eyre Square is a perfect place for nightlife and dining when in Galway Ireland. This area at the centre of the city boots of colourful hotels where you can enjoy traditional Irish meals as well as tons of clubs and traditional Irish pubs for the nightlife. Irish people in this area are very welcoming and are always ready to ready interact with visitors inside the pubs and in the streets. The building of architecture around here is unique plus other city attractions such as the Arts Centre and the Medieval wall are a walking distance away.

What’s the best area to stay in Galway near beach & seaside ? Salthill

Salthill is another good place to stay when in Galway. Salthill is a small seaside village on the west side of the City. The village offers a variety of attractions including beautiful beaches, diving platforms, aquariums and casinos at night. The activities around this place are best for beachgoers and those who love sun-basking. You can have beautiful scenery of the Galway city centre along the Promenade, spot the Aran Islands at sea as well as the bogs of Connemara to the west.

Best area to stay in Galway when travelling by train ? Galway Train Station

Those travelling by train and wishing to live by train can reach some benefits from staying closer to the railway station. There are a lot of accommodations around the station we are you can give some minutes before departure time, unlike when staying far. Staying far from the station means that you have to leave your hotel some minutes before your departure. The station is also close to the city centre and Eyre Park so people living there can still enjoy the cities nightlife and attraction centres.

The 4 Best Neighbourhoods in Galway for Tourists

One of the most visited areas is the city centre and is a huge tourist destination due to the unique architecture of old buildings, the culture, and the nightlife. The Harbour was once a rough trading port, but you did have changed into an impressive area surrounded by modern pubs, shops and restaurants. The area is also home to people who live in the neighbouring apartments and schools such as NUI Galway.

Not far from the city centre is there Southfield Village from by the seaside. This seaside neighbourhood boasts of beautiful white sand beaches and other attractions such as diving platforms. Eyre square in the city centre is a place where you can pass the time enjoying the market or just the unique architecture. The park is also known as JFK Park, named after the late American president. There is also a lot of other upcoming Suburbs towns’ district area such as Knocknacarra in the Westside and the Doughiska in the east side. Other new suburbs continue to grow in the City’s surrounding villages due to the rapid population growth experienced in the late 20th century.

Galway is rich in culture and is known for its numerous cultural festivals and events as well as a vibrant lifestyle associated with the Irish culture. Art lovers can enjoy the high number of theatres and music venues all over the City. Relaxation areas include the cinemas And the Irish language theatre in the City.

The Eyre Square area has a lot of cafes, bistros and Dining restaurants where you can enjoy food made with local ingredients and techniques. Enjoy traditional fish and chips as well as the Irish style pizza in pizza outlet in this area.

There are also numerous pubs along the street where you can enjoy traditional Irish beer and have a chat with the locals. The market just a distance away is a perfect place to do your picnic shopping, or you can pass through to sample the flavours.

This area has greatly improved over time and is no longer empty as it was before. Here you can interact with the locals living in the nearby apartments and also enjoy walking in the beautifully designed pathways surrounded by colourful shops.

The docks are also a perfect place to enjoy the sea breeze in cool weather as you watch the fishermen’s skills at sea.

Salthill the perfect place for those who beach activities such as swimming, sun-basking and diving. You can also pass some time walking along the Salthill seaside Promenade that is 2 kilometres straight from the edge of the City the Salthill shores. This area is full of busy bars and casinos at night.

The Claddagh was formerly a fishing village and is now almost a part of the City. It is an area beloved buy locals and most working-class live here.

One of the best attractions in this area is the Claddagh ring believed to have been made by a Jeweller who was kidnapped by Pirates but later came back with this new creation.

Popular in / near Galway, Ireland

Book Best Hotels in Galway
Scroll to top
By continuing to browse this site, you are agreeing to the use of cookies, whose purpose it is to provide web analytics and measurements of visitor traffic and browsing behavior. Find out more.