Where to Stay in Manchester UK ? 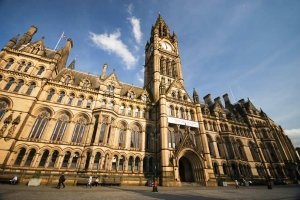 Despite being one of the oldest cities in England, The city of Manchester receives a lot of visitors every year to enjoy the great football team’s matches as well as the wide range of attractions in the city. Some of the areas you can visit apart from the football stadiums include the John Ryland’s Library, the Museum of Science and Industry and the National Football Museum. The city also has a lot to offer for nightlife and food enthusiasts.

The city is subdivided in North Central District and the East Central District. The North Central area of Manchester takes the major part of the city with most of it being a pedestrian area. The majority of the streets are traffic-free, enabling tourists to enjoy the gothic architecture of the area without the fear of being run over.

What’s the best area to experience the city for the first time, tourists, what’s the best district for nightlife or shopping, or where to stay when travelling by train ? Read on below to find out more best neighbourhoods to stay in Manchester England.

What is the Best Area to Stay in Manchester UK ?

First-timers will best enjoy Manchester when living in the city centre due to easier access to major attractions and fun places. You can walk to the major shopping hubs such as the road market street, or you use the excellent transport links with modes such as trams, buses and the Metroshuttle. The city centre gives easy access to the city’s shopping and dining places as well as the night clubs. The area is also home to attractions like the Manchester Opera House and the Art Gallery.

Where to Stay in Manchester City Centre

Best Areas to Stay in Manchester

Best places to stay in Manchester for romantic weekend ? Bed and Breakfast or Small Boutique Hotel or Luxury Hotel

The best way to enjoy a romantic trip is by staying in a place full of fun and comfort. Manchester has a variety of hotels that you can choose from depending on your budget or preferences. You can choose to stay at a boutique hotel, B&B or a luxury hotel that are spread all over the city. The best place to stay if you prefer outside activities than indoor activities is a B&B. In B&B accommodation, you will have a place to sleep at night and have breakfast as you use your day time exploring the city’s attractions. Couples who wish to have more of their fun inside a hotel can choose a boutique hotel or a luxury hotel because they offer extra features such as swimming pools, hiking or riding. Location is also vital for efficiency and cheaper commuting cost from your area of accommodation to the city’s attraction sites.

Where to stay in Manchester for best nightlife ?  Northern Quarter, Gay Village (Canal Street) or Chinatown

Gay Village is well known for the high presence of night pubs and bars. Piccadilly gardens have a variety of bars, pubs and restaurants which attract a lot of people at night. The garden is also close to the gay Village and China Town which is also home to both modern and traditional bars that will set your night on the right foot.

Market Street is the main Sopping area in the city as it is full of boutiques and speciality stores. One of the major malls on the street is the Arndale Centre. The mall mostly deals with high street products but also incorporates plenty of eating and drinking places plus a great food market. Exchange square located further down the market street is home to designer shops and designer shops for high-end shoppers.

Where to stay in Manchester when travelling by train ? Piccadilly Train Station, Oxford Road Station or Deansgate Railway Station area

The UK is well connected through railway transport, meaning a considerable number of Liverpool visitors from the region prefer using a train when leaving or going to Manchester. A variety of accommodation facilities surrounds the city’s major stations; Piccadilly, Oxford Road and Deansgate. The city centre is also close, meaning you can easily access the attractions in the city as well as the nightlife. Living close to a station eliminates the need to connect from other neighbourhoods and will make it easier when it is time to leave the city.

The 5 Best Neighbourhoods in Central Manchester for Tourists

Some of the most famous sights in the neighbourhood are the Manchester cathedral and the Manchester Town Hall which is home to the city council. Other attractions in the North Central Manchester are the People’s History Museum, The Manchester Art Gallery as well as several Old libraries.

Major squares in the area such as St Peter’s Square and Albert Square are surrounded by theatres and cinemas which host some of the latest productions. Printworks Street is the best nightlife spot due to the high presence of pubs and pubs that have replaced Manchester’s newspaper offices. Here you can enjoy delicious wines and beers from both local and international brewers.

The East Central district, on the other hand, is home to the North Quarter that is home to a variety of small independent shops and the city’s China Town. Visiting China town will give you the experience of Chinese shops, restaurants as well as their decoration. Another interesting area in the east-central area is the Gay area which is home to many famous clubs and bar.

The Piccadilly Gardens in the Gay area is popular for its nightlife as it hosts a large number of restaurants offering different cuisines from all over the world. Piccadilly gardens attract a lot of people at night who enjoy drinking at the bars and clubs close to the beautiful gardens. Some of these clubs also offer accommodation and can be the right choice if you will be in the city for a day or two.

Travellers who want to stay close to the main attractions and at the heart of the city can choose the Manchester City Centre.

The centre is also home to a large number of hotels hence making it easier to find the accommodation of your choice. From the city centre, you can access the greater Manchester by train via Piccadilly Train Station that is within the city centre.

The major attractions at Castlefield are the Castlefield Bowl (a rock music arena), the Science & Industry Museum and the Mamucium Roman fort remains.

Castlefield is the best choice if you prefer a quiet environment but not too far from urban life.

Being home to Manchester United Football Club, Old Trafford is widely held as a sporting destination. Hundreds of thousands of tourists visit this neighbourhood each year, especially during the English premier league season.

Another tourist attraction in the area apart from the stadium is the Chill Factore. Measuring 100 metres wide and 180 metres long, Chill Factore is UK’s longest and widest real snow indoor slope.

Salford Quays was the dock area of Manchester but has grown into one of the best areas of the City. Football lovers can have the best experience in the area as it is across the river from the famous Manchester United’s home ground, Old Trafford.

The area is also full of fun spots such as the water sports centre, an entertainment complex and boat excursions. Salford Quays is ranked among the best sporting and leisure spots in Manchester.

Popular in / near Manchester, England UK

Book Best Hotels in Manchester
Scroll to top
By continuing to browse this site, you are agreeing to the use of cookies, whose purpose it is to provide web analytics and measurements of visitor traffic and browsing behavior. Find out more.