Aston Villa Football Club is one of the oldest clubs in the Football League, and have one of the most loyal and dedicated sets of fans around. The atmosphere at Villa Park is always electric, especially when they are playing Villa’s arch rivals Birmingham City, so it’s no wonder that away fans enjoy visiting this historic ground.

Cheap hotel and other accommodation is available for groups, couples as well as people traveling alone. The hotels near Villa Park stadium are a mixture of popular chaine hotels, budget friendly b&b options along with Victorian theme properties too.

With free parking, a café bar and large... read more

This contemporary, canal side hotel provides comfortable and... read more

Situated in the Jewellery Quarter, close to St... read more

Situated in the heart of Birmingham, the Holiday... read more

In the Jewellery Quarter district of Birmingham, close... read more

Situated in Birmingham, within 2.5 km of StarCity... read more

Set 2.3 km from Museum of the Jewellery... read more

Swansea house is situated in Birmingham. The accommodation... read more

Where to Stay near Villa Park Stadium ?

Here’s some more information about Aston Villa FC, their ground, and some hotels that away fans can stay in, if they wish to make their visit to Aston even more special.

The best hotels to consider if you are in Birmingham for a football match of the Villans are the ones close to the ground. Fortunately, a few top ones are within walking distance of Villa Park stadium. Here are some of the best options:

– The Aston Tavern is a boutique hotel that has just undergone a restoration, and its decor is taken from the Victorian era. This small hotel has got 17 rooms, and is located just outside of the centre of Birmingham. It is a short six minute walk from Villa Park, making it the best choice for football fans. It even has a bar and restaurant to enjoy after the match.

– This budget friendly 3 star accommodation contains 111 rooms, and is perfect for football fans to enjoy an overnight stay. It’s slightly further away from Villa Park, taking 30 minutes to walk there, but with the reasonable prices, you’ll easily be able to afford a taxi there and back. The hotel’s restaurant will even be able to serve up a tasty full English, before you head back home the next day.

– This accommodation is largely targeted towards business travellers, and is located near to Aston University. However, it has an impressive range of amenities, and would be the best hotel to stay in if you were looking to stay longer than one night, as there’s so much to do there. It is around a 38 minute walk from Villa Park, but would be worth the distance, and is close to Birmingham City Centre, for those exploring further places. 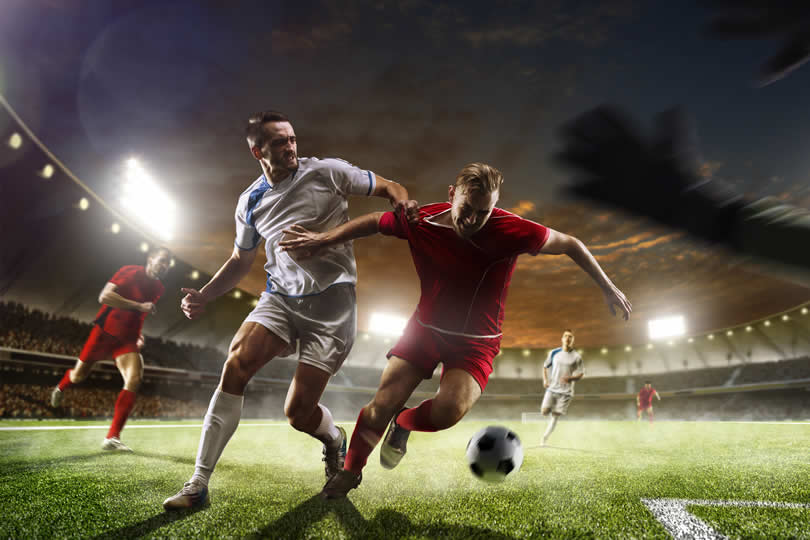 What about Aston Villa Football Club ?

Nicknamed The Villa, Aston Villa Football Club was founded nearly 146 years ago, in November 1874, by the Villa Cross Wesleyan Chapel in Handsworth, Birmingham. The club’s rich history means they are one of the founding members of the Football League, and one of only five clubs in England to win the European Cup.

They were also part of the Premier League, when it formed in 1992, and spent an impressive 24 years at the top level, before being relegated in 2016. It didn’t take them long to return, and they are now once again in the top division in the country.

Undoubtedly, the club’s most famous fan is Prince William. He states that he started supporting the club as a youngster, as he related to the fans and enjoyed the camaraderie and atmosphere at the ground, plus he admires the great history that the club has.

What about Villa Park ?

Aston Villa’s stadium, Villa Park, was opened in 1897 and has a capacity of 42,785 people, although its highest attendance was recorded as 76,588, during an FA Cup match in 1946. The club has got planning permission to increase the capacity to 50,000, and is looking to expand even further after that.

The ground consists of four stands, which are the Holte End, Trinity Road Stand, North Stand (the stand to be redeveloped) and Doug Ellis Stand. As well as club football, Villa Park was the first stadium in England to host an international match in three different centuries. The first was in 1899, plus three matches in the 1966 World Cup were played there, and the most recent match took place in 2005. A total of 16 international games have been played there, as well as many other sporting events, including cricket and boxing.

Villa Park is the largest football stadium in the English Midlands. The home venue of Aston Villa is also an UEFA 5 star rated stadium. Other 5 star stadiums in the UK include Hampden Park in Glasgow, the Ibrox stadium in Glasgow, Millennium Stadium in Cardiff, Old Trafford in Manchester, and the Wembley Stadium in London.

Villa Park is located in Trinity Road, Aston, Birmingham. After experiencing a period of deprivation in the 1980s, Aston has been part of a regeneration project called Aston Pride, which has reduced crime and unemployment, and generally improved the area. Aston University is one of the places near to the stadium.

How to get to Villa Park Stadium ?

There are car parks that visiting fans can park in, so follow the signs, and avoid the Traffic Exclusion Zone on match days. If travelling by train, then Witton Station is the nearest, and Villa Park is just a five minute walk from there.

By Car : the GPS postcode for Villa Park is B6 6HE.

Nearest airport : the closest airport is Birmingham BHX Airport located next to the NEC. Villa Park is approximately 20-30 minutes by taxi from the airport.

From Birmingham International Airport, you can also take the train into Birmingham New Street station and take a connecting train to Aston or Witton stations which are located close to the football ground.

Aston Villa football club is based at the Villa Park football stadium, located in Birmingham England. The team plays in the Premier League and are one of the oldest and most successful football clubs in England.

Location of Villa Park Stadium — the football ground is located in the north of Birmingham, 2.5 miles away from the center of the city.

Nicknames — The Villa, Villans, Lions, The Claret and Blue

Address — Trinity Road, Birmingham B6 6HE

Both rail stations are just a short train ride away from Birmingham New Street Station.

Book the best accommodation in Birmingham